William Wingrove, popularly known by his pseudonym Billy Wingrove, is a globally recognized footballer from England. He is as a freestyle football player well-known for his YouTube channel ˜F2Freestylers' which he runs with his friend Jeremy Lynch. Freestyle football is an art of self-expression where an athlete performs various tricks using any part of his body with a football. Wingrove is also a semi-professional soccer player who has played traditional soccer for many clubs and he plays in Forward and Midfielder positions. He played on trial basis for six weeks at twelve years of age for the Tottenham Hotspur F.C. Club. At that time the management of the club said that they found him to be too small and not physically strong enough. Thus, Wingrove started playing youth football for the Enfield Town F.C. and next as semi-professional for Ware F.C. By nineteen years, he started to earn far better by performing as freestyle footballer at private parties rather than as semi-pro. He thus, became the first local freestyler for the Tottenham Hotspur premier league team performing at corporate, charitable and commercial events and eventually ended up on the Spurs book.

He was born in London, where he became part of a network with fellow young freestyle footballers.

He reached the semi-final of the Nike freestyle competition held at London Earl's Court in 2003, beating out nearly 6,000 participants.

He appeared with Wayne Rooney in a promotion for Coca-Cola in the mid-2000's.

Billy Wingrove's house and car and luxury brand in 2021 is being updated as soon as possible by in4fp.com, You can also click edit to let us know about this information. 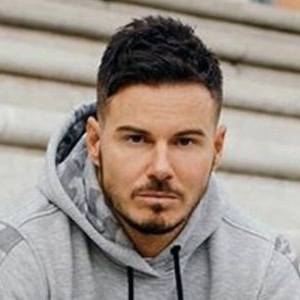