He was the first CEO of The Walt Disney Company, which he and his younger brother Walt co-founded.

He married Edna Francis, and they stayed together until the end of his life.

He was a member of the US Navy. He went into banking after his discharge.

He was planning to retire around 1966, but when his brother died, he stayed on to oversee completion of Walt Disney World.

Information about His net worth in 2021 is being updated as soon as possible by infofamouspeople.com, You can also click edit to tell us what the Net Worth of the Roy O Disney is

His son Roy E. Disney worked hard to continue his father and uncle's legacy, especially with regards to animation. 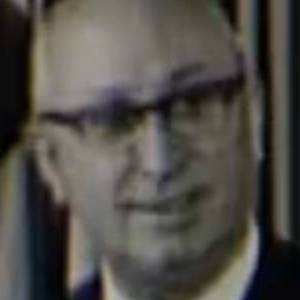