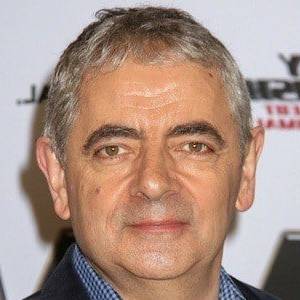 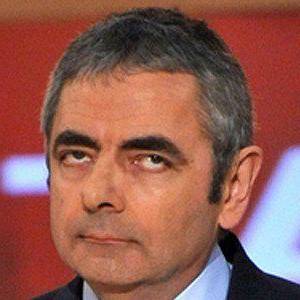 Rowan Sebastian Atkinson is an English actor, comedian and writer. He played the title roles on the sitcoms Blackadder and Mr. Bean , and the film series Johnny English . Atkinson first came to prominence in the BBC sketch comedy show Not the Nine O'Clock News , receiving the 1981 BAFTA for Best Entertainment Performance, and via his participation in The Secret Policeman's Ball . His other work includes the James Bond film Never Say Never Again , playing a bumbling vicar in Four Weddings and a Funeral , voicing the red-billed hornbill Zazu in The Lion King , and playing jewellery salesman Rufus in Love Actually . Atkinson also featured in the BBC sitcom The Thin Blue Line . His work in theatre includes the role of Fagin in the 2009 West End revival of the musical Oliver!.

Rowan Atkinson is a celebrated comic actor and writer, who is best-known for his role as ˜Mr. Bean' in the hit television series and two feature films of the same name. He is a man with a pliant face, who can alter his look from a complete buffoon to a snooty grandee in a matter of seconds. He learnt of his flair for comedy while attending Oxford University and since then, there has been no looking back. Apart from the rib-tickling ˜Mr. Bean' comedy series, he has gripped audiences with his performance in ˜The Black Adder'. He is often lauded for his black humor and his knack for physical comedy. During his early years, he was introduced to future screenwriter, Richard Curtis, with whom he wrote and performed comedy lampoons at the Oxford Playhouse and later at the Edinburgh Fringe. This led to local popularity and a stint in the popular television comedy series, ˜Not the Nine O' Clock News', which he wrote and acted in. He made his motion picture debut with the James Bond thriller, ˜Never Say Never Again' and went on to star in a number of films including ˜The Witches', ˜Four Weddings and a Funeral', ˜The Lion King', ˜Bean, ˜Johnny English' and ˜Keeping Mum'.

He was married to makeup artist Sunetra Sastry from 1990 to 2015. Actor Stephen Fry was the best man at his wedding. He has a son named Benjamin and a daughter named Lily.

His childhood influences included Charlie Chaplin and Peter Sellers. He earned a degree in electrical engineering from the University of Oxford.

He voiced the character Zazu in the 1994 Disney classic The Lion King.

Rowan Atkinson's estimated Net Worth, Salary, Income, Cars, Lifestyles & many more details have been updated below. Let's check, How Rich is He in 2021-2022? According to Forbes, Wikipedia, IMDB, and other reputable online sources, Rowan Atkinson has an estimated net worth of $150 Million at the age of 67 years old in year 2022. He has earned most of his wealth from his thriving career as a Actor, Comedian, Screenwriter, Voice Actor from England. It is possible that He makes money from other undiscovered sources

He starred in the 2001 comedy film Rat Race with Whoopi Goldberg.

Rowan Atkinson's house and car and luxury brand in 2021 is being updated as soon as possible by in4fp.com, You can also click edit to let us know about this information.

Rowan Atkinson Live - The Devil 'Toby' welcomes you to Hell 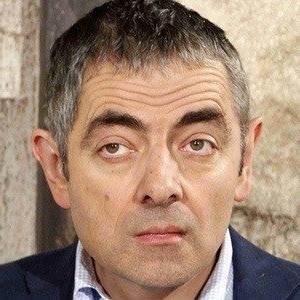