Actor who played the beloved villain Fagin in the play Oliver! for which he was nominated for a Tony Award, a Golden Globe Award, and an Oscar nomination for the 1968 film adaptation.

His cousins were director Laurence Moody and actress Clare Lawrence. In 1985, he married pilates instructor Therese Blackbourn, and they had six children.

During WWII, he served in the Royal Air Force as a radar technician. He wanted to be an economist or sociologist and didn't start acting until he was twenty-nine years old.

He was offered, but declined, the lead role in Doctor Who in 1969, though he went on to appear in the series EastEnders and the films The Twelve Chairs and Paradise Grove.

Information about His net worth in 2021 is being updated as soon as possible by infofamouspeople.com, You can also click edit to tell us what the Net Worth of the Ron Moody is

He co-starred with Frank Langella in the 1970 film The Twelve Chairs. 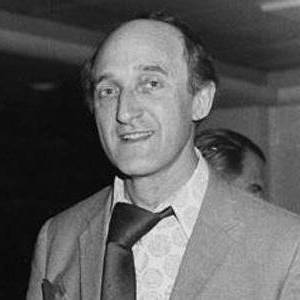