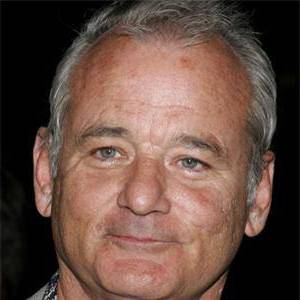 William James Murray is an American actor and comedian, who is known for his deadpan delivery. He rose to fame on The National Lampoon Radio Hour before becoming a national presence on Saturday Night Live from 1977 to 1980, where he received a Primetime Emmy Award for Outstanding Writing for a Variety Series. He starred in comedy films including Meatballs , Caddyshack , Stripes , Tootsie , Ghostbusters , Scrooged , Ghostbusters II , What About Bob? , Groundhog Day , Kingpin , The Man Who Knew Too Little , and Osmosis Jones . His only directorial credit is Quick Change , which he co-directed with Howard Franklin.

Bill Murray started his career in acting with comic roles, but later moved on to do dramatic roles. He is a golf enthusiast - he worked as a caddy in his formative years, and it was here that he developed a keen love for the game. He is also a baseball enthusiast. As a young man, he started on the wrong note, getting arrested for possession of cannabis. He took his life in the right direction when he and his brothers set out to act in the comedy ˜The Second City'. This was followed by roles in ˜Saturday Night Live'. His first successful movie was ˜Meatball. It was followed by the cult classic ˜Caddyshack' and box-office hits such as ˜Stripes', and ˜Tootsie'. His most popular movie was ˜Ghostbusters'. He did dramatic roles in ˜Wild Things', ˜Cradle Will Rock', ˜Hamlet', and in the 2001 critically acclaimed movie ˜The Royal Tenenbaums'. He provided the voice for cartoon characters such as Garfield and Mr. Badger in ˜Fantastic Mr. Fox'. He has no agents or managers and no entourage following him around. He is involved in providing affordable housing to low-income seniors through Housing Opportunities and Maintenance for the Elderly (H.O.M.E.), to which he has made a generous donation.

He divorced his first wife Margaret Kelly in 1996 due to his affair with Jennifer Butler, whom he married in 1997 then divorced in 2008. His brothers' names are John, Joel, and Brian Doyle-Murray. He has a total of six sons named Homer, Luke, Cooper, Lincoln, Cal and Jackson.

In his youth, he worked as a golf caddy to fund his high school education. He began taking pre-med courses at Regis University in Denver, Colorado but dropped out.

Prior to his film career, he was a cast member on Saturday Night Live from 1977 to 1980. He played himself in the 2003 Jim Jarmusch film Coffee and Cigarettes and in the 2009 horror/comedy Zombieland.

Bill Murray's estimated Net Worth, Salary, Income, Cars, Lifestyles & many more details have been updated below. Let's check, How Rich is He in 2021-2022? According to Forbes, Wikipedia, IMDB, and other reputable online sources, Bill Murray has an estimated net worth of $180 Million at the age of 71 years old in year 2022. He has earned most of his wealth from his thriving career as a Comedian, Actor, Screenwriter, Television producer, Voice Actor, Businessperson, Singer from United States. It is possible that He makes money from other undiscovered sources

He has played roles in a number of Wes Anderson films including Rushmore, The Royal Tenenbaums, Moonrise Kingdom, The Grand Budapest Hotel and The Life Aquatic with Steve Zissou.

Bill Murray's house and car and luxury brand in 2021 is being updated as soon as possible by in4fp.com, You can also click edit to let us know about this information. 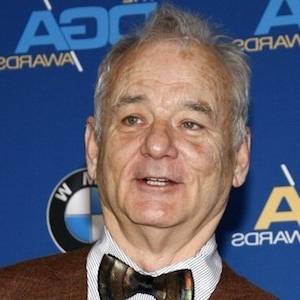