Ronald William Howard is a well-known American television and film actor who has won an Academy Award. His early appearances in the classic American comedy 'The Andy Griffith Show' and 'Happy Days' gave him a worldwide celebrity. He made his debut appearance in a movie when he was eighteen months old, and in more than five decades, he has never failed to wow his audience. He didn't require much training to improve his acting skills because he grew up in a theatrical family with both of his parents working as actors. He appeared in a number of popular films, including The Courtship of Eddie's Father, American Graffiti, and The Shootist. Ron wanted to follow in his father's footsteps and work as a director and producer behind the camera. Some of his most accomplished directorial talents were exhibited in the Hollywood blockbusters Apollo 13, Cocoon, A Beautiful Mind, and the controversial blockbuster The Da Vinci Code. In 2013, he was inducted into the prestigious Television Hall of Fame, and he has a star on the prestigious Hollywood Walk of Fame.

He married Cheryl Howard on June 7, 1975, and they have four children together. His daughter Bryce Dallas Howard became a successful actress.

He attended the University of Southern California to study cinema but dropped out before finishing.

He served as executive producer and narrator on the popular comedy series Arrested Development.

Information about His net worth in 2021 is being updated as soon as possible by infofamouspeople.com, You can also click edit to tell us what the Net Worth of the Ron Howard is

He and producer Brian Grazer co-founded the movie and TV production company Imagine Entertainment in 1986. On top of producing Howard's directorial endeavors, the company has also produced the TV series 24, Friday Night Lights, and Empire and the movies 8 Mile, Inside Man, and American Gangster, amongst many other projects.

Ron Howard's house and car and luxury brand in 2021 is being updated as soon as possible by in4fp.com, You can also click edit to let us know about this information.

● Born on March 1, 1954 (age 68) in Duncan, Oklahoma, United States ● He is a celebrity director ● He had 4 children Bryce Dallas Howard, Reed Howard, Paige Howard, Jocelyn Howard● His spouse is Cheryl Howard (m. 1975)● Ron Howard has 1 sibling in His family: Clint Howard● He height is 5 ft 8 in (1.75 m)● You can find His website below: https://twitter.com/realronhoward 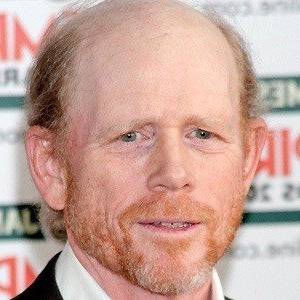