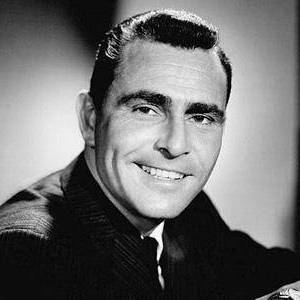 Rodman Edward Serling (December 25, 1924 – June 28, 1975) was an American screenwriter, playwright, television producer, and narrator/on-screen host, best known for his live television dramas of the 1950s and his anthology television series The Twilight Zone. Serling was active in politics, both on and off the screen, and helped form television industry standards. He was known as the "angry young man" of Hollywood, clashing with television executives and sponsors over a wide range of issues, including censorship, racism, and war.

Rodman E. 'Rod' Serling was a playwright, television producer, radio broadcaster, and narrator from the United States. He was most known for his television shows, particularly the science fiction anthology series 'Twilight Zone,' which he also produced so that he could maintain creative control over the series. Serling's other works include "Requiem for a Heavyweight," "Patterns," "Night Gallery," and others. He has received several important honors for his writings, including an Emmy, a Golden Globe, and a Writers Guild of America Award, among others. Serling was always the flamboyant one in his family, with tales and stories to tell, and his skill only blossomed as he grew older. After achieving his military goals, he went into freelance writing for radio and television. When 'Patterns' aired, he was recognized for the first time since moving to New York. Serling was a man of convictions, and his writing reflected his anti-war activity and racial equality beliefs. He was the type of artist that couldn't bear creative dissection of his work due to corporate restrictions, which is why he created his own program and switched from radio to television as a communication channel.

He married Carol Serling on July 31, 1948. They had two daughters, Jodi and Anne.

On the stage his father built in their basement, he put on plays with neighboring kids. He began his career on radio as a writer and performer.

He created the television series Night Gallery, which aired on NBC from 1969 to 1973.

His signature series was revived as The New Twilight Zone in 1985. For the third season in 1988, J. Michael Straczynski scripted the episode Our Selena Is Dying.

Why This One TWILIGHT ZONE EPISODE Was BANNED For 52 YEARS!

Rod Serling on the topic of RACE

Library of Congress - 3 years ago

Rod Serling Was Prophetic With This Warning

Blank on Blank - 6 years ago 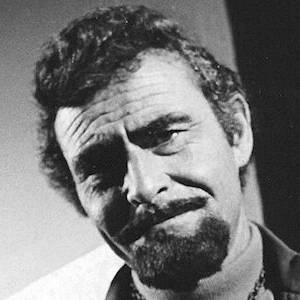