Sir Roger George Moore was an English actor who starred in seven feature films as British secret agent James Bond. He played James Bond in the films from 1973 to 1985, making him the longest-serving Bond in the franchise's history. Roger Moore began his career at the Royal Academy of Dramatic Art in England, where he had minor roles in films until being recruited for national duty just after WWII ended. He returned to the entertainment industry and began his modeling career by posing for advertising in print, which led to supporting roles in several big-budget films. Moore rose to prominence on British television with 'Ivanhoe,' but he did not achieve international recognition until the 1960s with 'The Saint.' He continued to work in television and film, and he was cast as James Bond for the first time in 1973, after Sean Connery stood down. For many years, he played James Bond and was successful in his sensual and manly interpretation. When he was cast in Live and Let Live, he was 45 years old, making him the oldest actor to ever play Bond. Moore was made a Commander of the Order of the British Empire and later promoted to Knight Commander.

He married multi-millionaire Kiki Tholstrup in 2002. His children, Deborah and Geoffrey Moore, both became actors. He also had a son named Christian.

At the onset of WWII, he left Battersea Grammar School. During World War II, he was drafted into the Royal Army Service Corps at the age of 18.

He starred alongside Burt Reynolds in the 1982 comedy film The Cannonball Run.

Information about His net worth in 2021 is being updated as soon as possible by infofamouspeople.com, You can also click edit to tell us what the Net Worth of the Roger Moore is

Although he was considered for the role of the original James Bond, the producers believed Sean Connery was a better match. 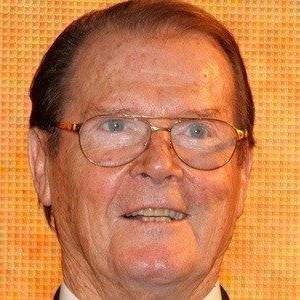