Roger Clyne and the Peacemakers' singer-songwriter, guitarist, and harmonica player. He used to be a member of The Refreshments.

He has children named Otis, Ruston, and Lily.

He grew up on his grandparents' property, where he undertook farm chores such as herding cattle.

He and his previous band The Refreshments are the creators of the theme song for the animated comedy series King of the Hill.

Information about His net worth in 2021 is being updated as soon as possible by infofamouspeople.com, You can also click edit to tell us what the Net Worth of the Roger Clyne is

He and The Refreshments contributed the song Psychosis to the soundtrack for An American Werewolf in Paris, which starred actress Julie Delpy .

Roger Clyne's house and car and luxury brand in 2021 is being updated as soon as possible by in4fp.com, You can also click edit to let us know about this information. 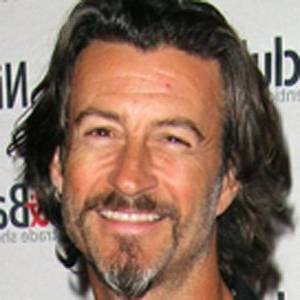