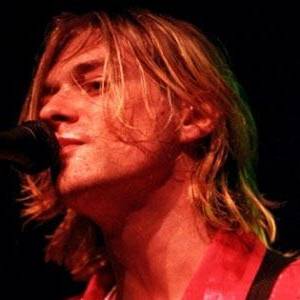 Kurt Donald Cobain was an American singer, songwriter and artist. He was the guitarist, lead vocalist and primary songwriter of the rock band Nirvana. Through his angst-fueled songwriting and anti-establishment persona, Cobain's compositions widened the thematic conventions of mainstream rock. He was heralded as a spokesman of Generation X and is considered one of the most influential musicians in the history of alternative rock.

Kurt Donald Cobain was an American singer-songwriter best known for his band Nirvana, which shook the music world. He has been recognized to have creative qualities from boyhood, although he had a difficult upbringing as a result of his parents' divorce. He began playing the guitar as a kind of solitude and gradually progressed deeper into the realm of music. Bleach, Nevermind, and in Utero were among of his most popular albums. Nirvana's agreement with Grefen Records was a significant milestone in his career. Although his professional career grew dramatically, his personal life spiraled out of control owing to his serious drug problems. He was a struggling patient of depression and drug addiction throughout his life, plagued by health and family issues, but his exemplary songwriting skills helped Nirvana sell over 25 million albums in the United States and over 75 million worldwide, making him an iconic figure in the field of rock music.

He was raised with a younger sister named Kimberly. He married Courtney Love on February 24, 1992 and he and Love had a daughter together named Frances Bean Cobain .

He was so enraged by his family's strife that he retaliated against others, particularly adults, and bullied a classmate at school. After befriending a gay kid, he would subsequently be tormented at school.

His 1993 album with Nirvana, In Utero, went five-times Platinum, and included the #1 single "Heart-Shaped Box." He cited novelist William Burroughs as an influence on his writing.

He was joined by drummer Dave Grohl and bassist Krist Novoselic in Nirvana. 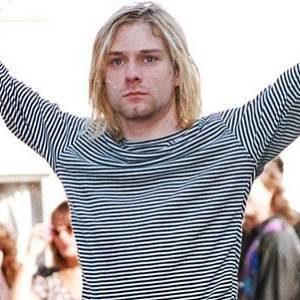