Taylor is best known for his role as Oswald Cobblepot on FOX's Gotham. He also starred in the movie Another Earth, Would You Rather, and Accepted.

A native of Shueyville, Iowa, he later studied at Northwestern University in Illinois. In the early 2000s, he relocated to New York City. Though he likes to keep his life private, he is openly gay and is married.

He appeared in episodes of Life on Mars and Law & Order early in his career.

Both Esquire magazine and The Wall Street Journal highly praised Taylor's performance as Cobblepot the Penguin in Gotham.

Information about His net worth in 2021 is being updated as soon as possible by infofamouspeople.com, You can also click edit to tell us what the Net Worth of the Robin Lord Taylor is

Robin Lord Taylor's house and car and luxury brand in 2021 is being updated as soon as possible by in4fp.com, You can also click edit to let us know about this information. 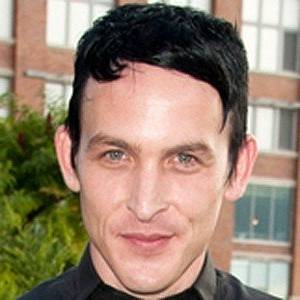