He shared a photo of his wife Mia Lindgren to his Instagram in May of 2018.

In 1997, he started his youth career with the Malmo FF team. In 2007, he joined the IF Limhamn Bunkeflo and began his senior career. In 2015, he joined the Swedish national team for the first time.

He has won several individual honors for his playing including Swedish Goalkeeper of the Year during the 2016 and 2017 seasons. He is also known for having earned the Allsvenskan goalkeeper of the year in 2014.

Information about His net worth in 2021 is being updated as soon as possible by infofamouspeople.com, You can also click edit to tell us what the Net Worth of the Robin Olsen is

He played on the 2018 23-man squad of the Swedish national team during the 2018 World Cup in Russia alongside fellow players Mikael Lustig , Victor Lindelöf, and Martin Olsson .

Robin Olsen's house and car and luxury brand in 2021 is being updated as soon as possible by in4fp.com, You can also click edit to let us know about this information. 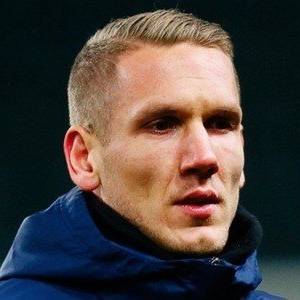