Lead guitarist for the seminal glam metal band Ratt who ended up dying from a heroin overdose.

His friends and family scattered his ashes across the sea, as he requested.

His songwriting and guitar playing are often credited with holding Ratt together in its rocky early years.

He was the producer for the metal band Lillian Axe.

Information about His net worth in 2021 is being updated as soon as possible by infofamouspeople.com, You can also click edit to tell us what the Net Worth of the Robbin Crosby is

Stephen Pearcy was the lead singer of Ratt. 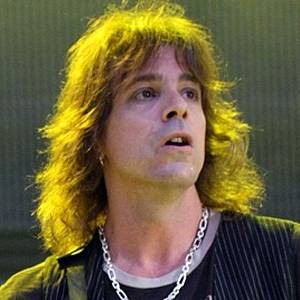