Edward Lodewijk Van Halen ( van HAY-lən, Dutch: [ˈɛtʋɑrt ˈloːdəʋɛik fɑn ˈɦaːlə]; January 26, 1955 – October 6, 2020), was an American musician and songwriter. He was the main songwriter, guitarist and keyboardist of the rock band Van Halen, which he co-founded in 1972 with his brother, drummer Alex Van Halen, alongside bassist Mark Stone and singer David Lee Roth. He is regarded as one of the greatest guitar players in rock history and was well known for popularizing the tapping guitar solo technique, allowing rapid arpeggios to be played with two hands on the fretboard.

Co-founder of the rock band Van Halen as a musician, composer, and producer. Alex Van Halen, Wolfgang Van Halen, David Lee Roth, and Michael Anthony joined him in the band.

On his mother's request, he would go from Pasadena to San Pedro as a youngster to study classical piano with an older gentleman.

Allmusic, an online music guide service, ranked him second behind only Jimi Hendrix as a guitarist. 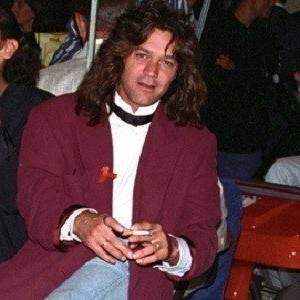