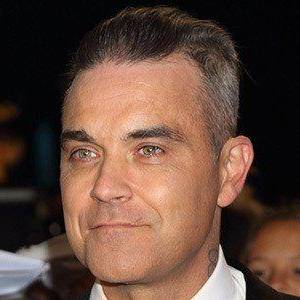 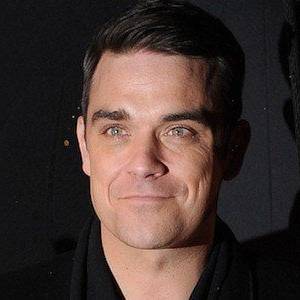 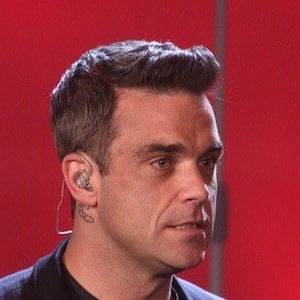 Robert Peter Williams is an English singer and songwriter. He found fame as a member of the pop group Take That from 1990 to 1995, and achieved commercial success after launching a solo career in 1996. His discography includes seven UK No. 1 singles, and all but one of his 12 studio albums have reached No. 1 in the UK. Six of his albums are among the top 100 biggest-selling albums in the UK, with two of them in the top 60, and he gained a Guinness World Record in 2006 for selling 1.6 million tickets in a single day during his Close Encounters Tour.Williams has received a record 18 Brit Awards, winning Best British Male Artist four times, Outstanding Contribution to Music twice, an Icon Award for his lasting impact on British culture, eight German ECHO Awards, and three MTV European Music Awards. In 2004, he was inducted into the UK Music Hall of Fame after being voted the Greatest Artist of the 1990s. According to the British Phonographic Industry , he has been certified for 20.2 million albums and 8.4 million singles in the UK as a solo artist. Five of his albums have also topped the Australian albums chart, and has sold 75 million records worldwide. He additionally topped the 2000–2010 UK airplay chart. His three concerts at Knebworth in 2003 drew over 375,000 people, the UK's biggest music event to that point. In 2014, he was awarded the freedom of his home town of Stoke-on-Trent, as well as having a tourist trail created and streets named in his honour.

Robert Peter Williams, better known by his stage name Robbie Williams, is a British singer, dancer, and songwriter who rose to prominence as a member of the mainstream boy band Take That. He is one of the best-selling musicians, with albums selling more than 70 million copies worldwide. He has 17 BRIT Awards to his name as a solo artist, a record that has yet to be broken. He has been named the "Greatest Artist of the 1990s" and inducted into the UK Music Hall of Fame. He is Latin America's only non-Latino best-selling artist. As a person, he is frequently featured in the British media for his heavy partying lifestyle, attractive appeal, and numerous romantic relationships. Though he has attracted the media's attention for the wrong reasons on several occasions, he has also won the hearts of many with his active engagement in humanitarian initiatives. In his hometown of Stroke-on-Trent, he manages the charity Give It Sum, which helps the less fortunate. He is a supporter of the Donna Louise Trust and a UNICEF ambassador. He is a man of varied preferences who is fascinated by UFOs and their mystical phenomenon.

He married Ayda Field on August 7, 2010. He has a son named Charlton and a daughter named Theodora .

He went to Mill Hill Primary School and starred as the Artful Dodger in their Oliver! performance. In 1990, he joined Take That.

His 1998 single "Milennium" became his first number one single in the UK.

Robbie Williams's estimated Net Worth, Salary, Income, Cars, Lifestyles & many more details have been updated below. Let's check, How Rich is He in 2021-2022? According to Forbes, Wikipedia, IMDB, and other reputable online sources, Robbie Williams has an estimated net worth of $300 Million at the age of 48 years old in year 2022. He has earned most of his wealth from his thriving career as a Musician, Singer-songwriter, Record producer, Actor, Composer, Entertainer from England. It is possible that He makes money from other undiscovered sources

His friend Elton John took him to a clinic to face his drug abuse and depression problems.

Robbie Williams's house and car and luxury brand in 2021 is being updated as soon as possible by in4fp.com, You can also click edit to let us know about this information.

● Robbie Williams was born on February 13, 1974 (age 48) in Stoke on Trent, England ● He is a celebrity pop singer ● He is a member of music group Take That● He had 3 children Theodora Rose Williams, Colette Josephine Williams, Charlton Valentine Williams● His spouse is Ayda Field (m. 2010)● His height is 6 ft (1.85 m)● You can find His website below: http://www.robbiewilliams.com/ 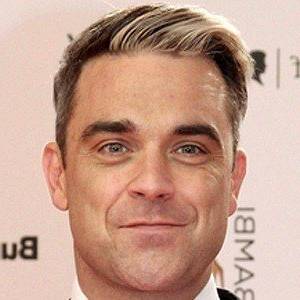