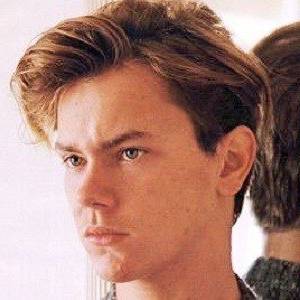 River Jude Phoenix was an American actor and musician.

River Phoenix was an American actor, musician, and activist. Born in Oregon, River began his career at the age of ten, appearing in commercials. As a teenager, he played a main role in the science fiction film 'Explorers'. Directed by Joe Dante, the film was much loved by the audience and received a cult status. However it was a commercial failure. A few years later, he played a significant role in the drama film 'Running on Empty', which was directed by Sidney Lumet. Though the film failed to be a commercial success, his performance won him an Oscar nomination for Best Supporting Actor. He also had a huge passion for music. A talented guitar player, he, along with his sister Rain, formed a band named Aleka's Attic. They worked on a self-titled album which was never released due to River's untimely death. As an activist, River was involved with animal rights as well as environmental and political issues. He was an active spokesperson for the organization People for the Ethical Treatment of Animals. The young man had a lot to offer to the world but his promising career was cut short by his untimely death at the age of 23. During the time of his death, River was working on the film 'Dark Blood'. The film was eventually released after a period of nearly twenty years.

His mother, Arlyn Sharon Phoenix, served as the board president of the River Phoenix Center for Peacebuilding. His siblings are Rain, Joaquin, Liberty, and Summer Phoenix.

Growing up, he and his family spent time living with a religious cult called the Children of God. At age ten, he began acting in TV commercials.

His last film was the drama feature Dark Blood. Filming wasn't completed due to his death and the feature remained incomplete for 19 years before it was finally pieced together and shown at the Netherlands Film Festival in September 2012.

He and Ethan Hawke both made their film debuts in the 1985 sci-fi fantasy feature Explorers.

River Phoenix being himself for almost 4 minutes

Forgotten World of Movies - 9 months ago

The Tragic Life and Sad Death of River Phoenix

The Tragic Life of River Phoenix