Actor best known for his role as Phil in the Disney television series Phil of the Future.

He speaks fluent Hebrew and was born in Israel. He grew up with two younger siblings.

While at summer camp, he took on the character of Peter Pan and even taught himself how to play the trombone.

He is also a musician and formed The Webee Boys, a music group parody with friends.

Information about His net worth in 2021 is being updated as soon as possible by infofamouspeople.com, You can also click edit to tell us what the Net Worth of the Ricky Ullman is

He played a role on the Lifetime show Rita Rocks with Nicole Sullivan .

Ricky Ullman's house and car and luxury brand in 2021 is being updated as soon as possible by in4fp.com, You can also click edit to let us know about this information. 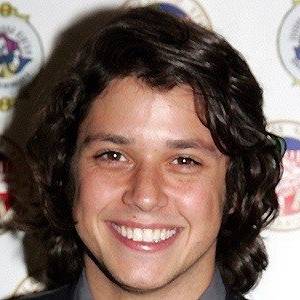