The first overall choice in the 1977 NFL draft was a running back.

He was born in Houston, Texas, and died in Los Angeles, California.

He was a standout collegiate player at USC, where he helped the Trojans win the National Championship in 1974.

He played in the NFL from 1977-1982, for the Tampa Bay Buccaneers, and the San Diego Chargers.

Information about His net worth in 2021 is being updated as soon as possible by infofamouspeople.com, You can also click edit to tell us what the Net Worth of the Ricky Bell is

His life was depicted in the film "A Triumph of the Heart: the Ricky Bell Story," where he was played by Mario Van Peebles . 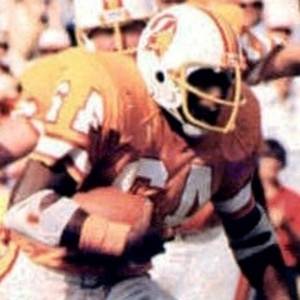