Known for hosting Let My People Think and other religion-themed radio shows, this Evangelical Christian and founder of the Ravi Zacharias International Ministries was also a leader in the Christian Apologetics movement.

Born in British-controlled India, he later settled in Atlanta, Georgia, USA. Following their 1972 marriage, he and his wife Margaret welcomed two daughters (Naomi and Sarah) and one son (Nathan).

During his teen years, he was an atheist; he converted to Christianity only after his 1963 suicide attempt, at which point a member of a Christian church visited him and advised him to read the Gospel of John.

During the Vietnam War, he conducted Evangelical missionary work with members of both the Viet Kong and the United States military. He later began a ministry in Ontario, Canada.

Information about His net worth in 2021 is being updated as soon as possible by infofamouspeople.com, You can also click edit to tell us what the Net Worth of the Ravi Zacharias is

On the invitation of American Christian Evangelist Billy Graham, he attended a 1983 evangelists' gathering in Amsterdam. 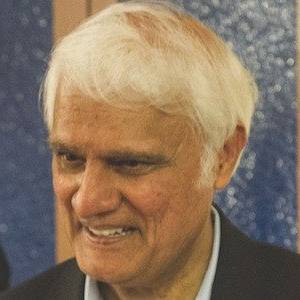