Cometan (also spelt Kometan; full name Brandon Reece Taylorian), sometimes known by the epithet Cometan the Contemplator, is a British philosopher, religious leader, academic and human rights scholar specialising in freedom of religion or belief who is best known as the founder of Astronism. From the age of 15, Cometan began to experience a deep introspection on questions like the meaning of life, the future of humanity and the role of outer space in religion and philosophy. This lead to his search for a religion that fitted his central belief that the astronomical world will bring about the salvation of humankind but no established religion at the time professed this same view. Cometan began writing the founding text of Astronism called the Omnidoxy at age 17 fuelled by his experience of an intensive series of ideations and receptions from the astronomical world on all aspects of The Cosmos and its role in humanity's destiny and path to salvation. By the age of 21, Cometan had completed the Omnidoxy and had founded his Astronist belief system. Since then, Cometan has worked to promote and develop his beliefs as an Astronist. Alongside this, Cometan is a scholar of religion, has a Bachelor's degree in Business and Marketing, has a Master's degree in Religion, and is currently studying for his Doctoral degree (PhD) in the field of the human right of freedom of religion or belief. Cometan's fascination with the stars of the night sky and how this has pervaded his whole belief identity has made him a new and upcoming philosopher who has founded his own Astronist philosophy. For this, Cometan has been nicknamed the "philosopher of the stars."

– Cometan began writing the Omnidoxy at age 17. – The pen name Cometan is spelt and branded as Kometan in the Spanish-speaking world. – Cometan is an autodidact. – Cometan's birth name is actually Brandon Taylor, however, he chose the mononymous name Cometan due to his religious beliefs and his fascination with comets and other cosmical phenomena. – The Original Edition of the Omnidoxy took Cometan 5 years to complete. – The idea for Jesse Millette and Astronism came to Cometan on the day of his 15th birthday. – Cometan remains one of the youngest initiated Freemasons in history as he was initiated just two months after his 18th birthday. 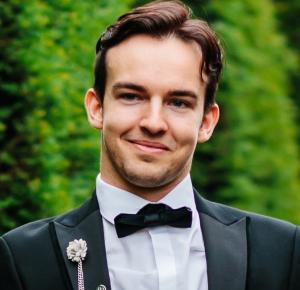