Patrick Dennis Bowlen (February 18, 1944 – June 13, 2019) was a Canadian–American lawyer, executive and the majority owner of the Denver Broncos of the National Football League (NFL) winning 3 Super Bowls. He was inducted in the Pro Football Hall of Fame for the class of 2019. Bowlen owned other professional sports franchises in the Denver Colorado Area. Bowlen served as the Broncos CEO from 1984 until July 2014, when he stepped down as Broncos' CEO due to the onset and progression of Alzheimer's disease.

From 1984 to 2014, he was the owner and CEO of the Denver Broncos before being diagnosed with Alzheimer's disease. Under his leadership, the Broncos won Super Bowls in 1998 and 1999.

His brother, John, found success as a lawyer before taking over their father's oil business.

He graduated from the University of Oklahoma with a bachelor's degree in business and a law degree.

In addition to owning the Broncos, he was also the owner of the Colorado Crush arena football team and the Denver Outlaws lacrosse team.

He hired former longtime Carolina Panthers head coach John Fox as coach of the Broncos in 2011.

● Pat Bowlen was born on February 18, 1944 (age 75) in Wisconsin, United States ● He is a celebrity entrepreneur ● His nationality is American● He attended Campion High School, The University of Oklahoma● He had 3 children Beth Bowlen, Amie Bowlen Klemmer, John Bowlen● His spouse is Annabel Bowlen● Pat Bowlen has 3 siblings in His family: Bill Bowlen, John Bowlen, Marybeth Bowlen 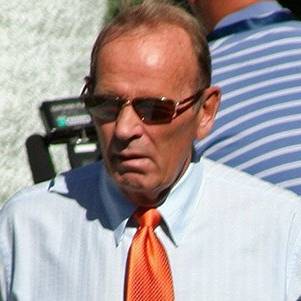