Nia Lovelis is a professional drummer from the United States. She is a member of the pop rock band 'Hey Violet,' where she plays the drums. The band formed in 2008 as 'Cherri Bomb,' but changed their name and musical style in 2015, shifting from hard rock and alt rock to pop, pop punk, pop rock, and electro pop. Apart from three EPs, the band has released two studio albums, 'This Is the End of Control' (2012) and 'From the Outside' (2017). She's also a host on the Revolt.tv music network. She has toured with the Smashing Pumpkins and opened for bands such as 'Chelsea Girls,' 'Camp Freddie,' and 'Filter at the Roxy.' They embarked on their second European tour in 2011, performing at some of the world's most prestigious festivals, including 'Reading and Leeds,' 'Oxegen,' 'T in the Park,' 'Highfield and Lowlands,' 'Rock en Seine,' and 'Sonisphere.' In Cologne, Germany, she had the opportunity to open for one of her favorite bands, the 'Foo Fighters.' 'Hey Violet' is signed to 'Hi or Hey Records,' which was created by '5 Seconds of Summer,' whom they toured with on two tours: 'Rock Out with Your Socks Out' and 'Sounds Live Feels Live.'

She was born Szatania Angelika Morze Enea at the Pearl River Hilton Hotel in Pearl River, New York. Her mother is actress and musician Ana Lovelis.

With Hey Violet, she has performed at numerous prestigious festivals around the world such as Reading, Leeds, T In The Park, Rock en Seine, Oxegen, Sonisphere, Summerfest, Bamboozle and Warped Tour.

She works for the network Revolt.tv, headed by P. Diddy .

Nia Lovelis's house and car and luxury brand in 2021 is being updated as soon as possible by in4fp.com, You can also click edit to let us know about this information. 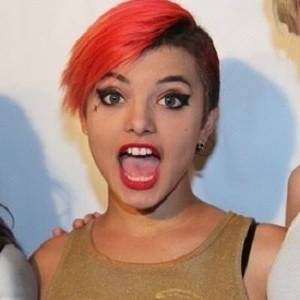