Mark Wayne Salling was an actor, singer, and musician from the United States. He was most recognized for his role as Noah 'Puck' Puckerman, a musically inclined football player in the TV series 'Glee.' He was born and raised in a conservative Christian family in Dallas, Texas. He had a passion for music since he was a child, and he wrote songs as well as playing the piano. He began his career as a kid actor in a few films before moving to California and enrolling in the Los Angeles Music Academy in Pasadena. He recorded his own songs and published a solo album called "Smoke Signals" in 2008 under the stage name "Jericho." Later, he landed a regular role as Noah "Puck" Puckerman on Fox TV's "Glee." His popularity grew as a result of the successful series, but after five seasons, his regular part was reduced to that of a guest star. Under his own label, Pipe Dreams Records, he released his second album, Pipe Dreams, in 2010. He was charged with sexual battery in 2013, but the matter was settled out of court. In 2015, he was arrested for having hundreds of unlawful child pornographic photos in his hands. He pleaded guilty, but died by hanging due to asphyxia just weeks before his sentencing.

He was raised as the youngest of two children and grew up with his family in Dallas, Texas.

He wrestled in high school and went on to the Los Angeles Music Academy College of Music after that.

He appeared in the film Children of the Corn IV: The Gathering (1996) with Naomi Watts .

Information about His net worth in 2021 is being updated as soon as possible by infofamouspeople.com, You can also click edit to tell us what the Net Worth of the Mark Salling is

He covered the song "Sweet Caroline" by Neil Diamond on Glee. 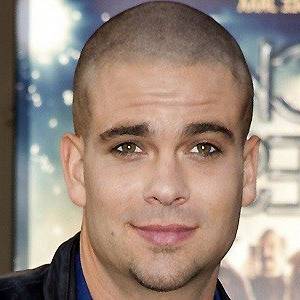