Mark Jerrold Henry is an American powerlifter, Olympic weightlifter, strongman, and retired professional wrestler currently signed to All Elite Wrestling as a commentator/analyst, coach, and talent scout. He is best known for his 25-year career in WWE where he was a two-time world champion. He is a two-time Olympian and a gold, silver, and bronze medalist at the Pan American Games in 1995. As a powerlifter, he was WDFPF World Champion and a two-time U.S. National Champion as well as an all-time raw world record holder in the squat and deadlift. Currently, he still holds the WDFPF world records in the squat, deadlift and total and the USAPL American record in the deadlift since 1995. He is credited for the biggest raw squat and raw powerlifting total ever performed by a drug tested athlete, regardless of weight class, as well as the greatest raw deadlift by an American citizen.In weightlifting, Henry was a three-time U.S. National Weightlifting Champion , an American Open winner , a two-time U.S. Olympic Festival Champion and a NACAC champion . He holds all three Senior US American weightlifting records of 1993–1997. In 2002 he won the first annual Arnold Strongman Classic.Since joining the World Wrestling Federation in 1996, he became a one-time WWF European Champion and a two-time world champion, having held the ECW Championship in 2008, and WWE's World Heavyweight Championship in 2011. First winning the ECW Championship, he became only the fourth African-American world champion in WWE history .

Mark Henry is an Olympic weightlifter, powerlifter, and professional wrestler from the United States. Henry is a two-time Olympian and a gold, silver, and bronze medalist in the Pan American Games. He has been dubbed "The World's Strongest Teenager" and "The World's Strongest Man." Early in life, his terrifying stature and strength gained him a position in the American Powerlifting circuit, where he never looked back. Henry went on to become the WDFPF squat, deadlift, raw deadlift, and overall record holder. He holds the record for the highest raw squat and raw powerlifting total by a drug-free athlete. Henry made an easy transition to weightlifting after smashing records in powerlifting; he was a two-time Olympic Festival Champion and three-time US National Weightlifting Champion. He joined WWE in 1996. He won the World Heavyweight Championship, the WWF European Championship, and the ECW Championship as a wrestler. Though injuries have hampered Mark Henry's progress, his established character as a cruel and powerful guy continues to terrify his opponents.

He had a son named Jacob and a daughter named Joanna with his wife Jana Henry. His cousin is former Pittsburgh Steelers defensive end Kevin Henry .

Before moving to professional wrestling, he qualified for the 1992 and 1996 Olympic Games.

He broke the WDFPF world records for the squat, the deadlift, and total weight and was a U.S. National Weightlifting Champion in 1993, 1994, and 1996.

Mark Henry's estimated Net Worth, Salary, Income, Cars, Lifestyles & many more details have been updated below. Let's check, How Rich is He in 2021-2022? According to Forbes, Wikipedia, IMDB, and other reputable online sources, Mark Henry has an estimated net worth of $4.5 Million at the age of 51 years old in year 2022. He has earned most of his wealth from his thriving career as a Wrestler, Actor from United States. It is possible that He makes money from other undiscovered sources

He defeated Randy Orton to win his first World Heavyweight Championship in 2011.

Mark Henry's house and car and luxury brand in 2021 is being updated as soon as possible by in4fp.com, You can also click edit to let us know about this information. 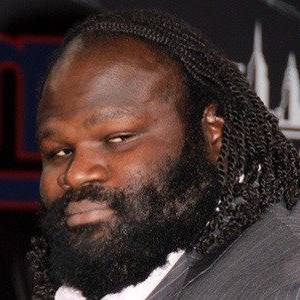