Amanda Leigh Moore is an American singer, songwriter, and actress. She rose to fame with her debut single, "Candy", which peaked at number 41 on the Billboard Hot 100. Her debut studio album, So Real , received a platinum certification from the RIAA. The title single from her reissue of So Real, I Wanna Be With You , became Moore's first top 40 song in the US, peaking at number 24 on the Hot 100. Moore subsequently released the studio albums Mandy Moore , Coverage , Wild Hope , Amanda Leigh , Silver Landings , and In Real Life . Overall Moore has sold 2.7 million albums in the US according to Billboard.Moore made her feature film debut in 2001, with a minor voice role in the comedy film Dr. Dolittle 2, before starring as Lana Thomas in the comedy film The Princess Diaries. She received recognition for her starring role as Jamie Sullivan in the romantic drama film A Walk to Remember , and starred in the films Chasing Liberty , Saved! , Racing Stripes , Because I Said So , License to Wed , Love, Wedding, Marriage , 47 Meters Down , The Darkest Minds , and Midway . Moore also voiced Princess Rapunzel in the Disney animated fantasy musical comedy film Tangled and her later appearances in Disney media.

Amanda Leigh Moore, better known by her stage name Mandy Moore, is a well-known singer and actress who catapulted to fame after her debut single "Candy" charted on the Billboard Hot 100. She has liked singing since she was a child, and she has performed the National Anthem at a number of occasions in her city. Seeing the musical 'Oklahoma!' inspired her to pursue her dream of becoming a vocalist. When she was just 14, a friend assisted her in signing a contract with Sony Music, and her debut album, So Real, was released. She dropped out of school to pursue her studies via correspondence after entering the music industry while still in school. She has been likened to other adolescent idols such as Britney Spears and Christina Aguilera since she became a singing sensation as a teenager. Her single, "I Wanna Be With You," reached the Top 20 on the Pop Songs chart for the first time. She was chastised for her 'Bubblegum Pop' sound at the outset of her career, but she gradually began to incorporate a classier and softer sound into her music. Following a successful career as a singer, the lovely young lady moved on to acting and rose to fame with her first leading role in the film "A Walk to Remember."

Her mother Stacy was a former news reporter and her father, Donald Don Moore, was a pilot for American Airlines. She married alternative country musician Ryan Adams in 2009 in Savannah, Georgia. The couple separated in 2014. In 2015, she began dating musician Taylor Goldsmith . The couple announced their engagement in September 2017.

Her grandma and the musical Oklahoma! motivated her to pursue acting. When she was twelve years old, she attended the Stagedoor Manor theatrical camp.

She starred in A Walk to Remember and The Princess Diaries and voiced the lead character Rapunzel in the 2010 animated film Tangled.

Mandy Moore's estimated Net Worth, Salary, Income, Cars, Lifestyles & many more details have been updated below. Let's check, How Rich is She in 2021-2022? According to Forbes, Wikipedia, IMDB, and other reputable online sources, Mandy Moore has an estimated net worth of $14 Million at the age of 38 years old in year 2022. She has earned most of her wealth from her thriving career as a Singer-songwriter, Model, Actor, Fashion designer, Voice Actor from United States. It is possible that She makes money from other undiscovered sources

She dated actor Zach Braff , who she broke up with in June 2006.

Mandy Moore's house and car and luxury brand in 2021 is being updated as soon as possible by in4fp.com, You can also click edit to let us know about this information. 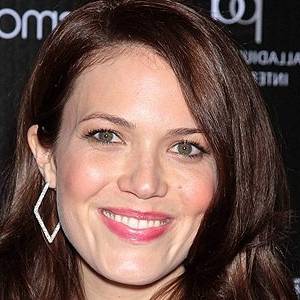