Stefani Joanne Angelina Germanotta , known professionally as Lady Gaga, is an American singer, songwriter, and actress. She is known for her image reinventions and musical versatility. Gaga began performing as a teenager, singing at open mic nights and acting in school plays. She studied at Collaborative Arts Project 21, through New York University's Tisch School of the Arts, before dropping out to pursue a career in music. After Def Jam Recordings canceled her contract, she worked as a songwriter for Sony/ATV Music Publishing, where she signed a joint deal with Interscope Records and Akon's label, KonLive Distribution, in 2007. Gaga rose to prominence the following year with her debut studio album, The Fame, and its chart-topping singles "Just Dance" and "Poker Face". The album was later reissued to include the EP The Fame Monster , which yielded the successful singles "Bad Romance", "Telephone", and "Alejandro".

Despite the fact that the world is full of music stars today, Lady Gaga has proven that she is a cut above the rest. Aside from her chart-topping hits, the singer is also known for her outlandish demeanor. Her dress sense has become a source of inspiration for many young people all around the world. During her adolescence, Gaga chose to put her schooling on hold and follow a path that would lead her to her dream. Despite the fact that she fought for a break for the first couple of years, Gaga's decision proved to be completely worthwhile. Her big break came in 2008 with the release of the album "The Fame," and since then, her celebrity has increased by leaps and bounds. Some of the musicians who motivated this woman to turn to music include The Beatles, Stevie Wonder, Pink Floyd, Led Zeppelin, and Mariah Carey. Her songs were not only chartbusters and party anthems, but they also earned her three Grammy awards, which is an extraordinary achievement in and of itself. Despite the fact that a small number of people around the world believe her songs promote Satanism, Gaga's popularity has soared in recent years.

She was born to Joseph, an internet businessman, and Cynthia, a telecommunications assistant. She has a sister named Natali , who was born in 1992. In 2011, she began dating actor Taylor Kinney . She and Taylor got engaged in February 2015, then called the wedding off in July 2016. In 2017, she got engaged to talent agent Christian Carino.

She went to the Convent of the Sacred Heart and portrayed Adelaide in the Guys and Dolls production at her high school.

Since releasing her debut album The Fame in 2008, she has won multiple Grammy Awards and has become known for fashion stunts, such as wearing a meat suit to the 2010 MTV Music Video Awards.

Lady Gaga's estimated Net Worth, Salary, Income, Cars, Lifestyles & many more details have been updated below. Let's check, How Rich is She in 2021-2022? According to Forbes, Wikipedia, IMDB, and other reputable online sources, Lady Gaga has an estimated net worth of $320 Million at the age of 36 years old in year 2022. She has earned most of her wealth from her thriving career as a Record producer, Social activist, Fashion designer, Actor, Singer-songwriter, Businessperson, Philanthropist, Music artist, Film Producer, Television producer from United States. It is possible that She makes money from other undiscovered sources

She once appeared on the TV series The Hills, which starred Lauren Conrad .

Lady Gaga's house and car and luxury brand in 2021 is being updated as soon as possible by in4fp.com, You can also click edit to let us know about this information.

Tony Bennett, Lady Gaga - I've Got You Under My Skin (Official Music Video)

Tony Bennett, Lady Gaga - I Concentrate On You 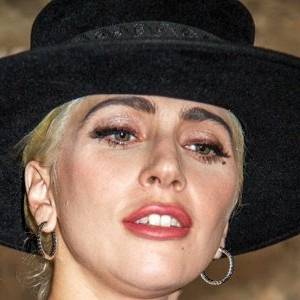