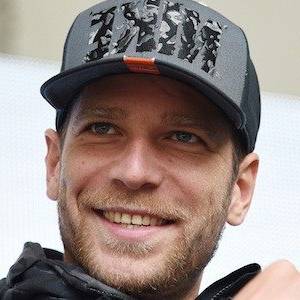 Slovakian rapper and hip hop artist known as a member of the group H16. He released his debut album Nový clovek in 2011 and followed in 2015 with his sophomore album simply titled Y.

He was born Michal Dušicka to Eve and Petrovi Dušicka. He has a younger brother named Tomáša.

A lover of music early in life, he formed H16 during primary school. The name was inspired by his alma mater Hálová16.

In 2012, he won the title of Best Czech and Slovak Act at the MTV Europe Music Awards.

Information about Majk Spirit’s net worth in 2021 is being updated as soon as possible by infofamouspeople.com, You can also click edit to tell us what the Net Worth of the Majk Spirit is

Majk Spirit is alive and well and is a celebrity rapper

He recored the singles "Ja a ty" and "I Was Wrong" with Swiss pop singer Celeste Buckingham in 2012 and 2013, respectively.

Majk Spirit's house and car and luxury brand in 2021 is being updated as soon as possible by in4fp.com, You can also click edit to let us know about this information.