Lynn Margulis was an American evolutionary biologist, and was the primary modern proponent for the significance of symbiosis in evolution. Historian Jan Sapp has said that "Lynn Margulis's name is as synonymous with symbiosis as Charles Darwin's is with evolution." In particular, Margulis transformed and fundamentally framed current understanding of the evolution of cells with nuclei – an event Ernst Mayr called "perhaps the most important and dramatic event in the history of life" – by proposing it to have been the result of symbiotic mergers of bacteria. Margulis was also the co-developer of the Gaia hypothesis with the British chemist James Lovelock, proposing that the Earth functions as a single self-regulating system, and was the principal defender and promulgator of the five kingdom classification of Robert Whittaker.

Lynn Margulis was an American scientist who revolutionized our understanding of how life began on Earth. Margulis was not a class topper at Hyde Park Academy High School, where she was born as the eldest of her siblings in Chicago. She received her B.A. and M.A. degrees from the University of Chicago, and then went on to study biology at the University of Wisconsin under Walter Plaut and Hans Ris. She was offered a post as a research assistant and instructor at Brandeis University while continuing her study. She rose through the ranks of academia to become the Distinguished Professor of Geosciences, a position she held until her death. Margulis had two marriages in her life. Although she was a firm believer in evolution, she flatly rejected the theory of current evolutionary synthesis, revealing herself to be a neo-Darwinist. Her theoretical paper on mitosing cells was rejected fifteen times before being published, and it is now regarded as a seminal work in the field of endosymbiotic theory. Margulis was a stubborn woman who stood firm in her beliefs, even in the face of fierce opposition. Margulis cooperated with James Lovelock, a British scientist, on the Gaia hypothesis in addition to her endosymbiotic theory. Margulis published a number of books that explained scientific concepts to laypeople in addition to her professional writings.

She had four children with Carl Sagan whom she married in 1957, before later marrying Dr. Thomas N. Margulis.

She was selected to be a apart of the Leonardo DaVinci Society of Thinking in 2010.

She married Carl Sagan when she was 19 years old.

● Lynn Margulis was born on March 5, 1938 (age 73) in Chicago, Illinois, United States ● She is a celebrity scientist 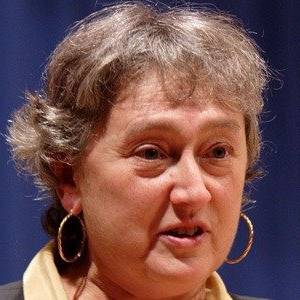