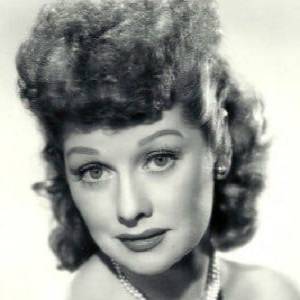 Lucille Désirée Ball was an American actress, comedienne, and producer. She was nominated for 13 Primetime Emmy Awards, winning five times, and was the recipient of several other accolades, such as the Golden Globe Cecil B. DeMille Award and two stars on the Hollywood Walk of Fame. She earned many honors, including the Women in Film Crystal Award, an induction into the Television Hall of Fame, the Lifetime Achievement Award from the Kennedy Center Honors, and the Governors Award from the Academy of Television Arts & Sciences.Ball's career began in 1929 when she landed work as a model. Shortly thereafter, she began her performing career on Broadway using the stage name Diane Belmont. She later appeared in films in the 1930s and 1940s as a contract player for RKO Radio Pictures, being cast as a chorus girl or in similar roles, with lead roles in B-pictures and supporting roles in A-pictures. During this time, she met Cuban bandleader Desi Arnaz, and they eloped in November 1940. In the 1950s, Ball ventured into television, where she and Arnaz created the sitcom I Love Lucy. She gave birth to their first child, Lucie, in 1951, followed by Desi Arnaz Jr. in 1953. They divorced in March 1960, and she married comedian Gary Morton in 1961.Ball produced and starred in the Broadway musical Wildcat from 1960 to 1961. In 1962, she became the first woman to run a major television studio, Desilu Productions, which produced many popular television series, including Mission: Impossible and Star Trek. After Wildcat, she reunited with I Love Lucy co-star Vivian Vance for The Lucy Show, which Vance left in 1965. The show continued, with Ball's longtime friend and series regular Gale Gordon, until 1968. Ball immediately began appearing in a new series, Here's Lucy, with Gordon, frequent show guest Mary Jane Croft, and Lucie and Desi Jr.; this program ran until 1974.

Lucille Ball was an American model and actress who is most remembered for her performance in the television sitcom "I Love Lucy." She was a perfectionist, a singer, a model, an actress, and an entrepreneur. She endured many difficulties in her early years as she traveled from one location to another due to a series of tragic circumstances. She was a self-assured and ambitious young lady who never bowed down in the face of adversity, but instead rose to meet her goals with greater power and resolve than before. In her lifetime, she worked as a model for a number of companies and as an actor in a number of films, Broadway musicals, and sitcoms. Her most well-known role was as Lucy in the 1950s sitcom I Love Lucy, in which she played a housewife. Everyone praised the show, which went on to become a great hit and pave the way for the next generation of sitcoms. She was the first woman to lead Desilu, the film production firm she co-founded with her husband. She was a free spirit who was always working to achieve her goals with great aspirations and dedication. She was dedicated to her craft and is recognized for her genuine and exceptional performances in films and comedy.

Diane Belmont was her stage name for a short time, but she couldn't hold a position as a chorus girl on Broadway.

She made a cameo in Lou Costello's film Abbott and Costello in Hollywood in 1945. 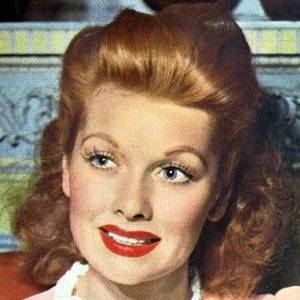