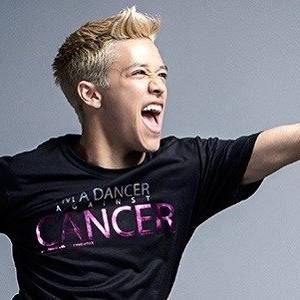 Kyle Hanagami was born on July 21, 1986 (age 36) in Los Angeles, California, United States. He is a celebrity choreographer.

He's an acclaimed dancer/choreographer whose credits include The X Factor, Sing Your Face Off, and Nickelodeon's How to Rock. He's also built a sizable following on YouTube. He won the Industry Dance Award for the finest class at three of Los Angeles' premier dance studios.

Nearly ten years after he began teaching dance in the mid-2000s, he became one of the world's most sought-after dance teachers.

He was featured in the publication Dance Spirit in June of 2012 and October of 2014.

He was a supervising choreographer for the Move Live On Tour starring Derek and Julianne Hough . He has also worked with the Black Eyed Peas and Justin Bieber .

Kyle Hanagami's house and car and luxury brand in 2021 is being updated as soon as possible by in4fp.com, You can also click edit to let us know about this information.

● Kyle Hanagami was born on July 21, 1986 (age 36) in Los Angeles, California, United States ● He is a celebrity choreographer