Two-time Emmy Award winner for his work on TV's Taxi as Alex Reiger, as well as parts on NBC's Dear John and CBS's Numb3rs.

He married Bonni Sue Chalkin in 1992 and the couple had a daughter named Montana in 1994.

He earned a bachelor's degree in physics from City College of New York.

He played a role in the film Independence Day and also appeared in Sharknado 2: The Second One.

Information about His net worth in 2021 is being updated as soon as possible by infofamouspeople.com, You can also click edit to tell us what the Net Worth of the Judd Hirsch is

He starred in the television series, Taxi with Danny DeVito .

Judd Hirsch's house and car and luxury brand in 2021 is being updated as soon as possible by in4fp.com, You can also click edit to let us know about this information. 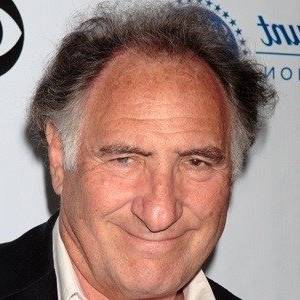