Born Raymond Joseph Teller, he is a magician, illusionist, and comedian who rose to fame as the silent half of the comedy magic team Penn & Teller with Penn Jillette. The duo's Showtime television series Bullshit! ran from 2003 to 2010.

His parents are Irene B. Derrickson and Joseph Teller.

He began performing magic tricks with his friend Weir Chrisemer, calling themselves The Ottmar Scheckt Society for the Preservation of Weird and Disgusting Music.

He became a member of the free market libertarian think tank called the Cato Institute, which has been featured on Bullshit!

Information about His net worth in 2021 is being updated as soon as possible by infofamouspeople.com, You can also click edit to tell us what the Net Worth of the Teller is

He and Penn appeared as comedian Rebo and Zooty in the 5th season of Babylon 5 in an episode titled Day of the Dead, which was written by novelist Neil Gaiman.

Teller's house and car and luxury brand in 2021 is being updated as soon as possible by in4fp.com, You can also click edit to let us know about this information. 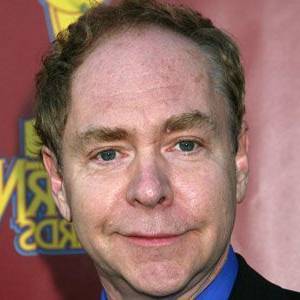