Jordin Sparks-Thomas is an American singer and actress. She rose to fame in 2007 after winning the sixth season of American Idol at age 17, becoming the youngest winner in the series' history. Her self-titled debut studio album, released later that year, was certified platinum by the Recording Industry Association of America and has sold over two million copies worldwide. The album spawned the Billboard Hot 100 top-ten singles "Tattoo" and "No Air"; the latter, a collaboration with Chris Brown, is currently the third highest-selling single by any American Idol contestant, selling over three million digital copies in the United States. The song earned Sparks her first Grammy Award nomination for Best Pop Collaboration with Vocals.Sparks's second studio album, Battlefield , debuted at number 7 on the Billboard 200 chart. Its title single reached number 10 on the Billboard Hot 100, making Sparks the only American Idol contestant to have her first five singles reach the top 20 in the United States. The second single, "S.O.S. ", became Sparks's first number one on the Hot Dance Club Play chart. Throughout her career, Sparks has received numerous accolades, including an NAACP Image Award, a BET Award, an American Music Award, a People's Choice Award and two Teen Choice Awards. In 2009, Billboard magazine ranked her as the 91st Artist of the 2000s Decade. In 2012, Sparks was ranked at number 92 on VH1's list of the "100 Greatest Women in Music". As of February 2012, she has sold 1.3 million albums and 10.2 million singles in the United States alone, making her one of the most successful American Idol contestants of all time.Following the release of Battlefield, Sparks ventured into acting, pursuing television and Broadway. She made her stage debut as Nina Rosario in the musical In The Heights , and her feature film debut as the titular character in Sparkle . Sparks has also released several perfumes, including Because of You... in 2010 as well as Fascinate and Ambition in 2012. After a five-year absence from music, she released a mixtape, #ByeFelicia , under a new record deal with Louder Than Life/Red Associated Labels, a joint deal with Sony Music Entertainment. Sparks' R&B third studio album and most recent to date, Right Here Right Now , saw smaller commercial success but received positive reviews from music critics.

Jordin Sparks is an American singer and actress who rose to stardom in 2007 after appearing on the television reality show "American Idol." She began singing as a kid and appeared on various reality shows throughout her life. She then went to the American Idol tryouts, where hopefuls from all around the country were vying for a seat. Despite failing on her first attempt, Jordin Sparks was picked on her second attempt. Jordin Sparks went on to win the competition, and she hasn't looked back since. She has performed in a variety of settings, published three albums, and a number of singles over the course of a decade. Most of her songs have gone on to become chart-topping hits, and she has been nominated for multiple awards, including a Grammy. Jordin Sparks sang the national anthem at an event attended by former US President George W. Bush and his wife Laura in 2008. George Bush acknowledged her skill after seeing her performance. Aside from singing, Jordin Sparks has appeared in a number of films, including one in which she co-starred alongside Nicholas Cage.

Her father Phillippi Sparks was a former NFL defensive back for the New York Giants and Dallas Cowboys. In 2017, she started dating Dana Isaiah and they secretly tied the knot in July of that same year. In May 2018, the couple welcomed their first child. She previously dated fellow artists Jason Derulo and Sage the Gemini .

She dropped out of high school to be homeschooled, allowing her to pursue her singing career with more freedom.

She sang the hit song "Tattoo," which sold over two million copies in the United States. She became the youngest American Idol winner in history.

Jordin Sparks's estimated Net Worth, Salary, Income, Cars, Lifestyles & many more details have been updated below. Let's check, How Rich is She in 2021-2022? According to Forbes, Wikipedia, IMDB, and other reputable online sources, Jordin Sparks has an estimated net worth of $8 Million at the age of 32 years old in year 2022. She has earned most of her wealth from her thriving career as a Singer, Model, Singer-songwriter, Guitarist, Musician, Actor, Artist, Music artist from United States. It is possible that She makes money from other undiscovered sources

One of her best-known singles, "No Air," featured Chris Brown .

Jordin Sparks's house and car and luxury brand in 2021 is being updated as soon as possible by in4fp.com, You can also click edit to let us know about this information. 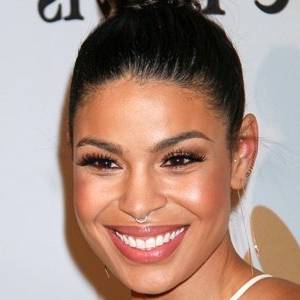