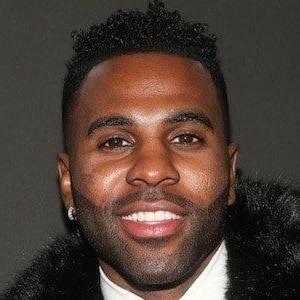 Jason Joel Desrouleaux , known professionally as Jason Derulo , is an American singer, songwriter, and dancer. Since the start of his solo recording career in 2009, he has sold over 30 million singles and has achieved eleven Platinum singles including "Wiggle", "Talk Dirty", "Want to Want Me", "Trumpets", "It Girl", "In My Head", "Ridin' Solo", and "Whatcha Say".After contributing and writing songs for various artists, Derulo signed to recording label Beluga Heights, owned by record producer and industry veteran J. R. Rotem. After Beluga Heights became part of the Warner Music Group, Derulo became a recording artist and released his debut single "Whatcha Say" in May 2009. It sold over five million digital downloads, gaining an RIAA certification of triple Platinum, and reaching number 1 in the U.S. and New Zealand. Derulo released his second single, "In My Head", in December 2009 and his debut studio album, Jason Derulo, followed on March 2, 2010. He released his second album, Future History, on September 16, 2011; the album was preceded by the release of the UK number-one single "Don't Wanna Go Home". Derulo's third international album, Tattoos, was released on September 24, 2013, and later repackaged as his third U.S. album, Talk Dirty, released on April 15, 2014. In 2015, Derulo released his single "Want to Want Me" and announced his fourth studio album, Everything Is 4, which was released on June 2, 2015.

Jason Derulo is an American singer-songwriter best known for his first single "Whatcha Say," which reached No. 1 in the United States and New Zealand and sold over five million digital downloads. Soon after, he released his much-anticipated second single, which became an instant hit, propelling him to the top of the world's singing charts. Jason, who was born in Florida to Haitian parents, became interested in music at a young age after being exposed to a range of musical styles. He began singing as a child and got obsessed with writing his own lyrics. He began creating songs at the age of eight, thanks to his creative mind and flair for experimenting with words. It didn't take long for the gifted young man to realize that singing was his destiny, and he began his musical career while still in his teens. He began his career as a songwriter, penning romantic, poignant, and witty songs for musicians like Lil Wayne, Pitbull, and Pleasure P. He eventually decided to try his hand at singing, and his debut track became a great smash. He went on to release numerous further songs and albums as a result of its success, all of which were well-received by audiences.

He was in a long-term relationship with Jordin Sparks but the couple separated in 2014.

When he was sixteen, he began creating songs for Diddy and Danity Kane at the Dillard Center for the Arts, where he studied opera and ballet.

He released his second album, Future History, in 2011 and it reached #1 on the UK R&B Charts.

Jason Derulo's estimated Net Worth, Salary, Income, Cars, Lifestyles & many more details have been updated below. Let's check, How Rich is He in 2021-2022? According to Forbes, Wikipedia, IMDB, and other reputable online sources, Jason Derulo has an estimated net worth of $16 Million at the age of 32 years old in year 2022. He has earned most of his wealth from his thriving career as a Singer-songwriter, Actor, Songwriter, Singer, Dancer, Choreographer, Rapper from United States. It is possible that He makes money from other undiscovered sources

He earned his first opportunity in the music industry by writing and producing songs for Lil Wayne 's record label.

Jason Derulo's house and car and luxury brand in 2021 is being updated as soon as possible by in4fp.com, You can also click edit to let us know about this information. 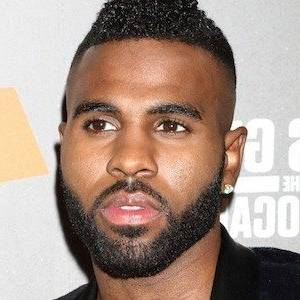