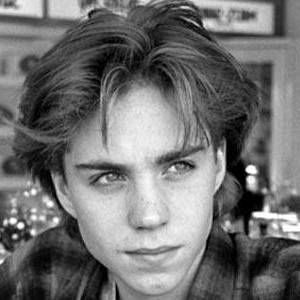 Jonathan Gregory Brandis was an American actor. Beginning his career as a child model, Brandis moved on to acting in commercials and subsequently won television and film roles. Brandis made his acting debut in 1982 as Kevin Buchanan on the soap opera One Life to Live. In 1990, he portrayed Bill Denbrough in the television miniseries It. Also in 1990, he starred as Bastian Bux in The NeverEnding Story II: The Next Chapter. In 1993, at the age of 17, he was cast in the role of teen prodigy Lucas Wolenczak on the NBC series seaQuest DSV. The character was popular among teenage viewers, and Brandis regularly appeared in teen magazines. Brandis died by suicide in 2003 following a period of heavy drinking and career setbacks.

Jonathan Brandis was an American actor who appeared in a number of television episodes and advertisements, making him a well-known face on television. He was most recognized for his role as Bill Denbrough in the American supernatural horror drama It, which was based on Stephen King's novel of the same name. He began his career as a kid model, appearing in various commercials before moving on to acting. After making his acting debut in the ABC serial opera One Life to Live as Kevin Buchanan, he went on to portray other notable parts such as Bastian Bux in the German-American fantasy film The NeverEnding Story II: The Next Chapter. He went on to appear in a number of television episodes, telefilms, and films over the next few years. In the late 1990s, however, his career began to falter, and he got sad and committed suicide. At the time of his terrible demise, he was just 27 years old.

Growing up, he worked as a kid model and commercial actor.

He made his first film appearance as a party guest in the 1987 film Fatal Attraction.

He was a guest star on Full House with Bob Saget .