Robert Lane Saget was an American stand-up comedian, actor, and television host. He was best known for his role as Danny Tanner on the ABC sitcom Full House and its Netflix sequel Fuller House . He was also the original host of America's Funniest Home Videos , and the voice of narrator Ted Mosby on the CBS sitcom How I Met Your Mother .

Robert Lane ˜Bob' Saget is a well-known edgy and ˜in your face' stand-up comedian, television host and movie and television actor. He was born and brought up in Pennsylvania and pursued his acting studies in the Temple University. It was there that he created his first work called ˜Through Adam's Eyes'. He kept struggling for his comic career by doing stand-ups in various comic clubs where he made friends with many known comedians. It was ultimately his lead role in the American sitcom ˜Full House', where he played the role of a widowed father with three young girls, which fetched him the kind of success he deserved. He did many television shows after that - most of them were family and comedy based. He is the creator of many creative projects like: ˜Farce of the Penguins', which is a spoof on the nature documentary, ˜Bob Saget: That Ain't Right', a stand-up show for HBO and ˜For Hope' which is a sensitive movie.

He married Sherri Kramer in 1982. He and Sherri had three children together before divorcing in 1997. In November 2017, he got engaged to blogger Kelly Rizzo.

While studying film at Temple University, he created a black and white film entitled Through Adam's Eyes, which received an award of merit at the Student Academy Awards. 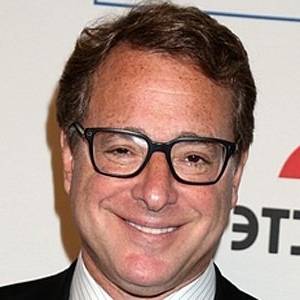