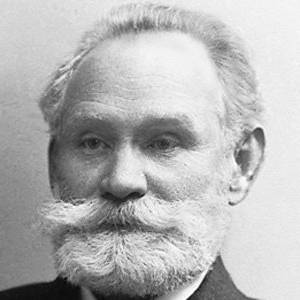 Ivan Pavlov was a Russian scientist who discovered conditioned reflexes in the cerebral cortex of the brain as a result of his work on the digestive system of dogs. His study into the physiology of digestion led to the invention of the Classical Conditioning experimental learning paradigm. His research mostly focused on the effect of stimuli on producing salivation in dogs before they were given food. He grew raised in poverty as part of a large family. However, the boy's intrinsic curiosity was not stifled by his early struggles. He had a natural aptitude for study as a young child. His first professional choice, as the son of a rural priest, was to pursue a career in theology. After reading Charles Darwin's "The Origin of Species," he abandoned this concept and chose to devote his life to research. The revolutionary ideals of literary critic D.I. Pisarev and I. M. Sechenov, the founder of Russian physiology, also impacted his choice to enter the realm of scientific inquiry. Pavlov's scientific achievements eventually earned him the Nobel Prize in Physiology or Medicine in 1904. He also mentored a number of outstanding pupils who assisted to continue his scientific study legacy after he passed away.

He began his studies at an Ecclesiastical Seminary before transferring to Saint Petersburg University.

While his contributions to psychology are immense, he considered himself anything but a psychologist, and even disliked the field.

Bertrand Russell was a supporter of his philosophy of mind.

● Ivan Pavlov was born on September 14, 1849 (age 86) in Ryazan, Russia ● He is a celebrity biologist ● His popular books are Conditioned reflexes (1926), The work of the digestive... (1897), Psychopathology and Psychiatry, I. P. Pavlov: Selected Works and The Work of the Digestive ● He attended Saint Petersburg State University● He died on February 27, 1936, Saint Petersburg, Russia