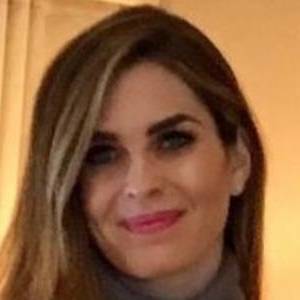 Hope Charlotte Hicks (born October 21, 1988) is an American public relations executive and political advisor who served in President Donald Trump’s administration from 2017 to 2018 and 2020 to 2021. She served as White House Director of Strategic Communications from January to September 2017 and as White House Communications Director from 2017 to 2018. Hicks served as a Counselor to the President from 2020 to 2021.A model while a child, Hicks was an employee of the Trump Organization before becoming press secretary and early communications director for the Trump 2016 presidential campaign, as well as the national press secretary for the presidential transition team.She was Trump's longest-serving political aide until she resigned as White House Communications Director in March 2018. After her resignation, she was Fox Corporation's chief communications officer and executive vice president. She returned to the White House as Counselor to President Trump in March 2020, before departing for the final time on January 13, 2021.

Hope Charlotte Hicks is a former model and public relations professional from the United States. She is the departing White House Communications Director for President Donald Trump's administration. Hicks, a Connecticut native, earned a bachelor's degree in English and began her career as a public relations officer at the Zeno Group in New York City. She was employed by Hiltzik Strategies in 2012, when she first met Ivanka Trump, one of the company's most valuable customers. She began working for Ivanka Trump inside the Trump Tower two years later, in August 2014. Within a month, she was working for Donald Trump personally. Soon after, Hicks became one of Trump's most trusted advisers, and when the prospect of a presidential campaign arose, Trump saw her as the ideal candidate for press secretary. Following Trump's early successes, she decided to devote her whole attention to the campaign. Between January and September 2017, she worked as Trump's 2016 presidential campaign's communications director, his presidential transition team's national press secretary, and the White House Director of Strategic Communications"a job established for her." In August, she took over as interim White House Communications Director when her predecessor Anthony Scaramucci resigned. When she admitted to lying on the current US President's behalf in congressional testimony on February 27, 2018, she was already being accused of being one of the most ardent Trump supporters. Her desire to resign was publicized a day later.

She has one sister named Mary Grace. Her parents are Paul and Caye.

During her childhood, she worked as a model, featuring in Ralph Lauren ads. In 2010, she received her B.A. from Southern Methodist University.

She was named to Forbes Magazine's annual 30 under 30 list in January 2017. She has served as founder and CEO of the New York City-based public relations firm Zeno Group.

Hope Hicks's estimated Net Worth, Salary, Income, Cars, Lifestyles & many more details have been updated below. Let's check, How Rich is She in 2021-2022? According to Forbes, Wikipedia, IMDB, and other reputable online sources, Hope Hicks has an estimated net worth of $1 Million at the age of 33 years old in year 2022. She has earned most of her wealth from her thriving career as a business executive from United States. It is possible that She makes money from other undiscovered sources

She succeeded Anthony Scaramucci as the White House Communications Director in August 2017.

Hope Hicks's house and car and luxury brand in 2021 is being updated as soon as possible by in4fp.com, You can also click edit to let us know about this information.

● Hope Hicks was born on October 21, 1988 (age 33) in Greenwich, Connecticut, United States ● She is a celebrity business executive