Henry Ford was an American industrialist, business magnate, founder of the Ford Motor Company, and chief developer of the assembly line technique of mass production. By creating the first automobile that middle-class Americans could afford, he converted the automobile from an expensive luxury into an accessible conveyance that profoundly impacted the landscape of the 20th century.

Henry Ford was an American industrialist who founded the Ford Motor Company, which sells automobiles and commercial vehicles under the Ford brand. He also played a major role in the development of the assembly line technique of mass production. Before he started his company, most American middle-class families were not in a position to own automobiles which only the upper classes could afford. However, Ford revolutionized the automobile industry by developing and manufacturing affordable automobiles that even the middle-class community could conveniently purchase. Born to a farmer in Greenfield Township, Michigan, he started displaying leadership qualities and technical skills as a young boy. He was expected to follow his father and become a farmer, but the independent minded young man had other plans for himself. Intelligent and hard working, he apprenticed with a machinist and went on to become an engineer. Fascinated with automobiles, he started conducting his own experiments in building them. During this time, he became acquainted with the famous inventor Thomas Edison who encouraged the young man's experiments. Motivated, Ford built several automobiles before establishing the Ford Motor Company. As an industrialist, he adopted several innovations in his company that revolutionized the entire automobile industry. He was also well known for his pacifist views and staunch opposition to war.

He married Clara Ala Bryant and together they had a son, Edsel. He was one of the most recognizable and richest entrepreneurs of his age.

He repaired watches in his teenage years.

He was not the inventor of the automobile. However, he made automobiles affordable for middle-class Americans.

He was encouraged by Thomas Edison to continue developing the Ford automobile. 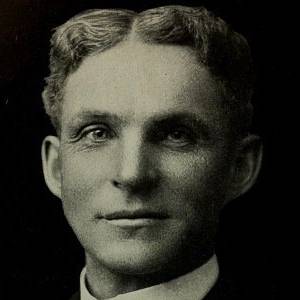