Nelle Harper Lee was an American novelist best known for her 1960 novel To Kill a Mockingbird. It won the 1961 Pulitzer Prize and has become a classic of modern American literature. Lee has received numerous accolades and honorary degrees, including the Presidential Medal of Freedom in 2007 which was awarded for her contribution to literature. She assisted her close friend Truman Capote in his research for the book In Cold Blood . Capote was the basis for the character Dill Harris in To Kill a Mockingbird.The plot and characters of To Kill a Mockingbird are loosely based on Lee's observations of her family and neighbors, as well as an event that occurred near her hometown in 1936 when she was 10. The novel deals with the irrationality of adult attitudes towards race and class in the Deep South of the 1930s, as depicted through the eyes of two children. It was inspired by racist attitudes in her hometown of Monroeville, Alabama. Go Set a Watchman, written in the mid 1950s, was published in July 2015 as a sequel to Mockingbird but was later confirmed to be an earlier draft of Mockingbird.

Harper Lee was an American novelist best known for her work "To Kill a Mockingbird." Except for her neighbor and friend Truman Capote, she did not appear to have many friends during her youth. Lee's mother most likely suffered from mental illness, which had a significant influence on her. Truman, too, had home troubles, and the two found an avenue in each other to vent their frustrations, which they later expressed in their works. Lee aspired to be a writer, and in order to achieve her ambition, she dropped out of her exchange program and attempted to pursue a writing career. However, she ran against several roadblocks along the way, the most significant of which was financial insecurity. She obtained a job at an airline to make a livelihood while continuing to write. This made it difficult for the ambitious writer to devote her whole attention to her writing, and she battled to establish a balance between her work and her passion for writing. As the saying goes, "where there is a will, there is a way," and she was aided in her endeavor by friends when she got a substantial sum as a Christmas gift, enough for her to resign her job and devote her time to writing. She went on to write To Kill a Mockingbird, which became a blockbuster and is still in demand today.

She was born Nelle Harper Lee in Monroeville, Alabama to Amasa Coleman Lee and Frances Cunningham Finch, and she grew up with four siblings. Her father, an attorney, once represented two African-American men who were accused of murdering a white man.

She was a tomboy who loved to read, and she was Truman Capote's classmate and longtime friend. She went to Huntingdon College in Montgomery, Alabama, and soon after graduated, she got a literary agency.

Her second novel, Go Set a Watchman, was published in 2015.

Her novel, To Kill a Mockingbird, was turned into a film starring actor Gregory Peck . 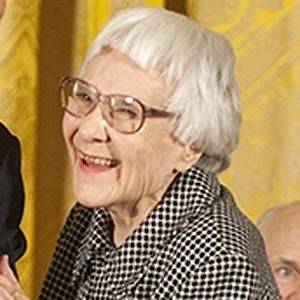