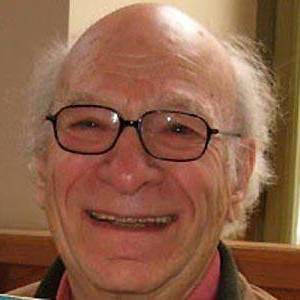 Eugene Merril Deitch (August 8, 1924 – April 16, 2020) was an American illustrator, animator, comics artist, and film director who was based in Prague from the 1960s until his death in 2020. Deitch was known for creating animated cartoons such as Munro, Tom Terrific, and Nudnik, as well as his work on the Popeye and Tom and Jerry series.

Award-winning animator best known for his work on the short Munro, which received the Academy Award for Best Animated Short in 1981.

He had three children with his second wife Zdenka Deitch.

He worked as an amateur sound recordist for several years before becoming an animator, collaborating with musicians such as Pete Seeger and John Lee Hooker.

He was honored with the Annie Award by ASIFA Hollywood for a life-long contribution to Animation.

He and director Chris Saunders have both won Oscars for Best Animated Feature.