Gary Wayne Coleman was an American actor and comedian. Coleman is regarded as one of the greatest child actors of all time, and was the highest-paid adolescent on television throughout the late 1970s and 1980s. He was rated first on a list of VH1's "100 Greatest Kid Stars".Coleman was known for playing the role of Arnold Jackson in the sitcom Diff'rent Strokes , which he reprised in numerous other television series such as Hello, Larry , The Facts of Life and The Fresh Prince of Bel-Air , among others. For playing the role of Arnold, he received several accolades, which include two Young Artist Awards; in 1980 for Outstanding Contribution to Youth Through Entertainment and in 1982 for Best Young Actor in a Comedy Series; and three People's Choice Awards; a consecutive three wins for Favorite Young TV Performer from 1980 to 1983; as well as nominations for two TV Land Awards.

Gary Coleman was an American actor and comedian who was best known for his performance as Arnold Jackson on the NBC comedy "Diff'rent Strokes" from 1978 to 1985. Beginning his career as a kid actor, he captivated the American public and eventually rose to become a household figure in the 1980s. He was also listed at the top of a list highlighting the most promising television talents of the decade. He had a lighthearted, easygoing demeanor, and his bright black eyes enchanted everyone. Even though he had stunted development and physical defects, he never failed to exude plenty of confidence. Despite the fact that he rose to popularity at such a young age, he handled it admirably and devoted himself entirely to his job. He was primarily a people's person who possessed the unique ability to seamlessly mingle with strangers and encourage a great deal of pleasant contact. The pudgy, pouty-lipped kid was also known as NBC's Littlest Big Man, and he was a master at making people laugh! He proudly accepted his peculiarities, and his amusing sentences quickly became the most popular catchphrases in America. Despite the fact that he did not have a lengthy career and died young, he was able to get a lot of praise for his acute acting talents and brave personality.

He suffered from a kidney disease and underwent a few unsuccessful operations before becoming an actor.

Because of problems with his kidneys and hormones, he reached a height of just 4'8".

He starred on Diff'rent Strokes with Todd Bridges . 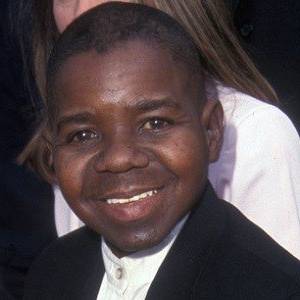