Eric Emerson Schmidt (born April 27, 1955) is an American businessman and software engineer known for being the CEO of Google from 2001 to 2011, executive chairman of Google from 2011 to 2015, executive chairman of Alphabet Inc. from 2015 to 2017, and Technical Advisor at Alphabet from 2017 to 2020.As an intern at Bell Labs, Schmidt in 1975 was co-author of Lex, a software program to generate lexical analysers for the Unix computer operating system. From 1997 to 2001, he was chief executive officer (CEO) of Novell. He has served on various other boards in academia and industry, including the Boards of Trustees for Carnegie Mellon University, Apple, Princeton University, and Mayo Clinic.In 2008, during his tenure as Google chairman, Schmidt campaigned for Barack Obama, and subsequently became a member of Obama's President's Council of Advisors on Science and Technology, with Eric Lander. Lander later became Joe Biden's science advisor. In the meantime, Schmidt had left Google, and founded philanthropic venture Schmidt Futures, in 2017. Under Lander's tenure, Schmidt Futures provided the compensation for two science-office employees in the Office of Science and Technology Policy.As of April 2022, Bloomberg Billionaires Index ranked Schmidt as the 54th-richest person in the world, with an estimated net worth of $25.1 billion.

Eric Schmidt is an American software engineer who presently serves as the executive chairman of Alphabet Inc., a holding corporation formed to directly own many Google-related firms, including a slimmed-down version of Google. Schmidt had been the Chief Executive Officer (CEO) of Google for a decade before being named executive chairman of Alphabet, and during his tenure as CEO, the firm dramatically expanded its product line while cultivating a culture of creativity among senior management. From an early age, he was nurtured to succeed by his well-educated and ambitious parents. Schmidt, who was intelligent, curious, and motivated as a child, excelled not just in academics but also in athletics and was a long-distance runner in high school. He enrolled at Princeton University with the intention of becoming an architect. He quickly learned, however, that he preferred electrical engineering and switched his major. He continued his study at the University of California, Berkeley, where he also earned his doctorate. Before becoming the CEO of Google in 2001, he worked for a number of firms, including Sun Microsystems. He has also served on the Carnegie Mellon University and Princeton University boards of trustees.

He had two daughters with wife Wendy Boyl.

He received his bachelor's degree in electrical engineering from Princeton University in 1976.

He had an estimated net worth of over $8 billion and was the 138th richest person in the world in 2013. In 2014, he co-authored a book titled How Google Works.

Eric Schmidt's estimated Net Worth, Salary, Income, Cars, Lifestyles & many more details have been updated below. Let's check, How Rich is He in 2021-2022? According to Forbes, Wikipedia, IMDB, and other reputable online sources, Eric Schmidt has an estimated net worth of $23 Billion at the age of 67 years old in year 2022. He has earned most of his wealth from his thriving career as a Electrical engineer, Engineer, Businessperson, Software Engineer from United States. It is possible that He makes money from other undiscovered sources

He impressed both Sergey Brin and Larry Page during his Google interview in 2001.

Eric Schmidt's house and car and luxury brand in 2021 is being updated as soon as possible by in4fp.com, You can also click edit to let us know about this information. 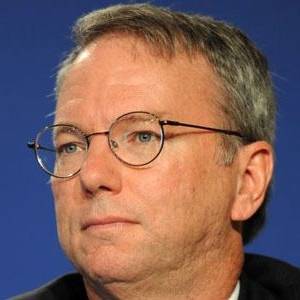