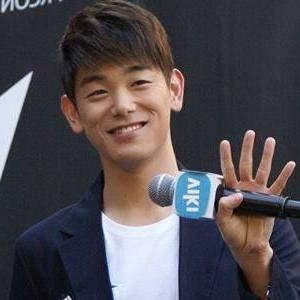 Eric Nam is an American singer, songwriter, and television host of Korean descent. He was named "2016 Man Of The Year" by GQ Korea, honored "30 Under 30 Asia 2017" by Forbes, and YouTube Music's Global Trending "Artist on the Rise".

Korean-American singer best known for his debut album, Cloud 9. He became well-known when his appearance on Birth of a Great Star 2 was made possible by his YouTube versions of tunes.

Despite the fact that he was born in Atlanta, Georgia, his parents are natives of South Korea. He has two brothers named Brian and Eddie.

He produced his own music CD for his senior project and was an active soccer player.

He became famous for his cover songs, including "Part of Me" by American pop superstar Katy Perry.

Eric Nam's house and car and luxury brand in 2021 is being updated as soon as possible by in4fp.com, You can also click edit to let us know about this information.