Donald King (born August 20, 1931) is an American boxing promoter, known for his involvement in several historic boxing matchups. He has been a controversial figure, partly due to a manslaughter conviction and civil cases against him, as well as allegations of dishonest business practices by numerous boxers.King's career highlights include, among multiple other enterprises, promoting "The Rumble in the Jungle" and the "Thrilla in Manila". King has promoted some of the most prominent names in boxing, including Muhammad Ali, Joe Frazier, George Foreman, Larry Holmes, Tomasz Adamek, Mike Tyson, Evander Holyfield, Chris Byrd, John Ruiz, Julio César Chávez, Ricardo Mayorga, Andrew Golota, Bernard Hopkins, Félix Trinidad, Roy Jones Jr., Azumah Nelson, Gerald McClellan, Marco Antonio Barrera, and Christy Martin. Some of these boxers sued him for allegedly defrauding them. Most of the lawsuits were settled out of court. Mike Tyson was quoted as saying, “He did more bad to black fighters than any white promoter ever in the history of boxing.”King has been charged with killing two people in incidents 13 years apart. In 1954, King shot a man in the back after spotting him trying to rob one of his gambling houses; this incident was ruled a justifiable homicide. In 1967, King was convicted of voluntary manslaughter for stomping one of his employees to death. For this, he served three years and eleven months in prison.

No one has made as much money marketing boxers as Don King has, thanks to his unique and fairly strange haircut and flashy demeanor. For King's frightening previous actions, which include manslaughter, street crime, and a jail sentence, his life is one that shocks or rather jolts the daylight out of people. He began his career in illicit bookmaking before moving on to promote boxing. He went on to become one of the most successful boxing promoters, representing Muhammad Ali, Mike Tyson, George Foreman, Evander Holyfield, Flix Trinidad, Roy Jones Jr., and Marco Antonio Barrera, among many others. His career highlights include promoting two of the most renowned and iconic boxing bouts in history, 'The Rumble in the Jungle' and 'The Thrilla in Manila,' which both established his career. His career took off after that, and he went on to promote almost 500 championship bouts. However, a large number of fighters he promoted, including Muhammad Ali and Mike Tyson, accused him of fraud and mismanagement of cash.

He was married to his wife Henrietta who passed away in 2010. He has three children.

In The Rumble in the Jungle, he persuaded Muhammad Ali and George Foreman to fight one other.

He has been referenced in many films and TV shows, including Rocky V, South Park, and The Simpsons.

Don King's estimated Net Worth, Salary, Income, Cars, Lifestyles & many more details have been updated below. Let's check, How Rich is He in 2021-2022? According to Forbes, Wikipedia, IMDB, and other reputable online sources, Don King has an estimated net worth of $150 Million at the age of 90 years old in year 2022. He has earned most of his wealth from his thriving career as a Promoter, Actor from United States. It is possible that He makes money from other undiscovered sources

He faced lawsuits from a number of his boxers, including Mike Tyson , who sued him for $100 million in 1996. Tyson eventually settled for $14 million out of court.

Don King's house and car and luxury brand in 2021 is being updated as soon as possible by in4fp.com, You can also click edit to let us know about this information. 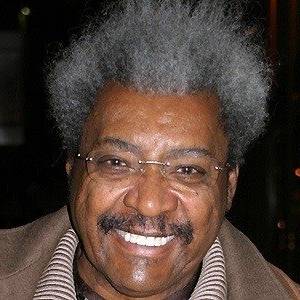