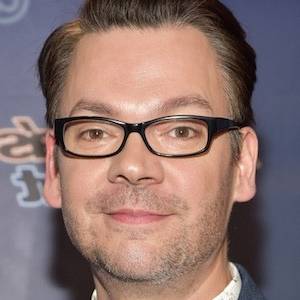 Comedian, actor, and magician who has made appearances on several TV programs, such as Comedy Central's Gong Show and VH1's Celebracadabra.

He is from Minnesota, and has two sons.

He made his debut on television in the Grown Ups series as Logan.

He became the only magician ever to be invited to perform at HBO's Comedy Arts Festival.

He has appeared on the Tonight Show with Jay Leno as the Magic Clerk.

Derek Hughes's house and car and luxury brand in 2021 is being updated as soon as possible by in4fp.com, You can also click edit to let us know about this information.