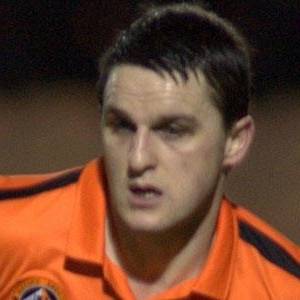 Craig Ian Conway is a Scottish professional footballer who plays as a winger. He is currently without a club after leaving Scottish Premiership club St Johnstone. He made seven full international appearances for the Scottish national team between 2009 and 2013.

After five seasons with Dundee United, the Scottish winger joined Cardiff City in 2011. In 2013, he secured a three-month loan deal with Brighton & Hove Albion before joining Blackburn Rovers in 2014.

He grew up in Irvine, Scotland.

At the age of 18, he made his professional debut with Ayr United.

He was selected to play for Scotland's national team in 2009.

He was teammates with David Goodwillie on Dundee United from 2006 to 2011.

Craig Conway's house and car and luxury brand in 2021 is being updated as soon as possible by in4fp.com, You can also click edit to let us know about this information.