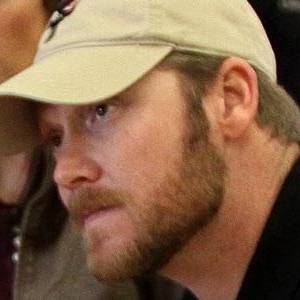 Christopher Scott Kyle (April 8, 1974 – February 2, 2013) was a United States Navy SEAL sniper. He served four tours in the Iraq War and was awarded several commendations for acts of heroism and meritorious service in combat. He has over 150 confirmed kills and was awarded the Silver Star, four Bronze Star Medals with three Gold Stars and "V" device, a Navy and Marine Corps Achievement Medal with "V" device, as well as numerous other unit and personal awards.Kyle was honorably discharged from the U.S. Navy in 2009, and published his bestselling autobiography, American Sniper, in 2012. An eponymous film adaptation of Kyle's book, directed by Clint Eastwood, and starring Bradley Cooper as Kyle, was released two years later. In 2013, Kyle was murdered by Eddie Ray Routh at the Rough Creek Lodge shooting range near Chalk Mountain, Texas. Routh, a former Marine with post-traumatic stress disorder (PTSD), was found guilty and sentenced to life in prison with no possibility of parole.

Christopher Scott Kyle, better known as Chris Kyle, was a ˜US Navy SEAL' veteran. He served in the American war against Iraq on four different occasions. He received numerous commendations and medals for his heroic acts and bravery exhibited during the combat. In 2009, Chris received an honourable discharge from the Navy. He then released his autobiography titled ˜American Sniper,' which was later adapted into a movie. In 2013, he was shot dead by a former Marine named Eddie Ray Routh near a shooting range in Texas. His untimely death, at the age of 38, came across as a shock to many.

He was born in Odessa, Texas and he had two children with his wife Taya Kyle.

He handled his first gun at the age of eight. As a young man, he enlisted in the military and was sent to Iraq, where his deadly aim caused the insurgents to place a bounty on his head.

He appeared on the reality TV series Stars Earn Stripes.

He and Canadian sniper Rob Furlong were both known for their record-setting distance kills.

American Sniper Chris Kyle Was Full Of Lies, Just Like The Movie

The Young Turks - 7 years ago

A Tribute to Chris Kyle "Devil of Ramadi"