Christopher LaBarren Culliver II (born August 17, 1988) is a former American football cornerback. He was drafted by the San Francisco 49ers in the third round of the 2011 NFL Draft. He played college football at South Carolina.

The 49ers selected him 80th overall in the 2011 NFL Draft. Before suffering a season-ending ACL injury early in 2013, he has three interceptions in two seasons.

He has two younger brothers and a younger sister. He was 8 years old when he lost his step father.

In 2009, he was named to the Second Team All-SEC for his services as a defender and kick returner for South Carolina.

He earned some negative media attentions for comments made prior to the 2013 Super Bowl.

He had a game-changing interception against Matt Ryan during the 2013 NFC Championship game.

Chris Culliver's house and car and luxury brand in 2021 is being updated as soon as possible by in4fp.com, You can also click edit to let us know about this information.

● Chris Culliver was born on August 17, 1988 (age 33) in Philadelphia, Pennsylvania, United States ● He is a celebrity football player 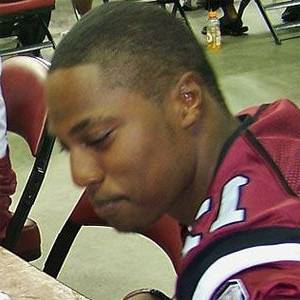