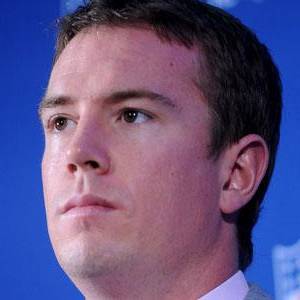 Matthew Thomas Ryan is an American football quarterback for the Indianapolis Colts of the National Football League . After playing college football at Boston College, Ryan was drafted by the Atlanta Falcons third overall in the 2008 NFL Draft. Ryan was Boston College's starting quarterback from 2005 to 2007, leading them to three bowl victories and a 25–7 record in 32 starts. He threw for 200 or more yards 15 times and is third all-time in school history in passing yards and in pass completions. He earned MVP of the game honors at the 2005 MPC Computers Bowl.In 2007, Ryan led his team to an ACC Atlantic Division championship and was named ACC Player of the Year. During his rookie year, Ryan started all 16 games for the Falcons and led them to the playoffs with an 11–5 season record. He earned honors as the NFL Offensive Rookie of the Year. In 2016, Ryan was the NFL's Most Valuable Player and led the Falcons to Super Bowl LI, where they were defeated by the New England Patriots.

Matthew Thomas Ryan, popularly known as "Matty Ice," is an American football quarterback who now plays for the National Football League's Atlanta Falcons. He was a member of the Boston College football team, where he led them to three straight bowl victories. During his collegiate career, he was awarded MVP of the MPC Computers Bowl in 2005. The Atlanta Falcons selected him as the third overall choice in the 2008 NFL draft. In his rookie season, he was a standout performer, earning awards such as the NFL Rookie of the Year. He has established himself as a very effective player during his career. In 2015, he was ranked 77th on the list of the "Top 100 Players in the NFL." He was selected the 'NFL Offensive Player of the Year' as well as the 'NFL Most Valuable Player' the following year. After signing a $150 million five-year extension contract with the Falcons, he became the highest paid athlete in NFL history and the first quarterback to earn at least $30 million each year. He enjoys golfing in addition to football. He has competed in events including the American Century Golf Classic.

He married Sarah Ryan in 2011 and the couple welcomed twin boys named Marshall and John in 2018. He is the nephew of John Loughery, who also played quarterback at Boston College.

From 2005 to 2007, he led Boston College to three straight bowl victories.

He was named the 2008 NFL AP Offensive Rookie of the Year.

Matt Ryan's estimated Net Worth, Salary, Income, Cars, Lifestyles & many more details have been updated below. Let's check, How Rich is He in 2021-2022? According to Forbes, Wikipedia, IMDB, and other reputable online sources, Matt Ryan has an estimated net worth of $70 Million at the age of 37 years old in year 2022. He has earned most of his wealth from his thriving career as a American football player, Athlete from United States. It is possible that He makes money from other undiscovered sources Reliable sources show that his annual salary is about $30 Million

He became teammates with star wide receiver Julio Jones on the Falcons in 2011.

Matt Ryan's house and car and luxury brand in 2021 is being updated as soon as possible by in4fp.com, You can also click edit to let us know about this information. 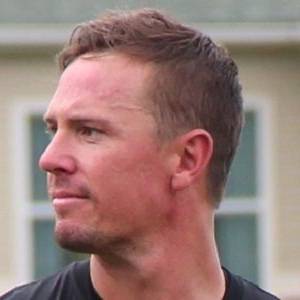